The cryptocurrency market is in the green zone today as many fear the world might be facing a global recession. The crypto market seems to be recovering more steadily than stocks and gold for now. As the market matures, projects that aim to decentralize their infrastructure are gaining traction and the downtrends from earlier in the month will maybe soon be justified. On March 16th, Zilliqa announced its partnership with the decentralized exchange (DEX), Switcheo, which will allow the trading of Ethereum and EOS-based assets on the platform. Zilliqa is a high performance platform that offers a high transfer sharding blockchain with incomparable technology. With scalability and security at the forefront of the project, Zilliqa boasts safe by design tech as it was one of the first cryptocurrencies to implement sharding. According to the announcement, Zilliqa token holders will be able to access Ethereum-based assets. And there is a plan to add Bitcoin (BTC) support as well. Zilliqa currently ranks at #83 on Coinmarketcap.com and has much room to grow from there as their partnership with Switcheo reveals.

Switcheo is one of the first multi-blockchain DEX platforms that enables cross-trading of Ethereum, EOS and NEO-based tokens. The platform supports 24 cryptocurrencies and 43 trading pairs along with the assets of other blockchains which can be swapped with Zilliqa-based tokens. The firms involved in the project plan to build a liquidity pool to facilitate trading as the new Zilliqa DEX is being built from scratch and designed to address existing inadequacies in today’s DEX’s.

It has been a busy year for Zilliqa, as they started 2020 off with the launch of their main net. Since then, their focus has been set on adoption. Zilliqa plans to achieve more users by finding more entrepreneurs who want to build their dApps on Zilliqa as they have set up a grants program to do just that. Secondly, Zilliqa is looking into enterprise adoption; making their technology more robust and industrial for big enterprises to join the platform. Zilliqa also believes that delivering financial services to the unbanked is a big play. 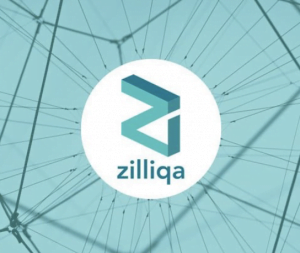 Zilliqa recently collaborated with Southeast Asian fintech payments provider Xfers to launch StraitsX, a stable coin plot. The stable coin is fixed at 1:1 with the Singapore dollar and looks to streamline Southeast Asia’s payment ecosystem while also encouraging transparency for participating merchants and businesses. Zilliqa also powers the region’s first private market exchange, advancing Southeast Asia’s landscape. Zilliqa is a potentially undervalued coin that we could see make its way up in the ranks as 2020 continues to surprise us. With all the new developments coming forward this year, Zilliqa’s blockchain platform could make its mark as a leader in the cryptocurrency market.  It could be a while before we see the market make a full recovery, but many analysts note that when the market is down like this it is a good time to buy. However, many wonder how much fear there really is in the market right now and that the economic slowdown we are facing right now could be bigger than many think.

Zilliqa’s special emphasis on sharding technology makes them a key platform in today’s innovative market. While little news has come forward recently other than the partnership with Switcheo, we expect to hear from more from the Zilliqa platform in the following months. For now, the world is certainly seeing commotion unlike anything we have experienced before. But as of today, Bitcoin is continuing to move higher, alongside US equities markets which saw a massive 11% spike yesterday. Investors insinuate that the multi-trillion dollar economic stimulus package will stop the bleeding of the market and put confidence back in the typical investor. Moving forward, one can expect nothing. It will be interesting to see how the rest of the year folds out, as Q1 has been bizarre as ever. For now, Zilliqa is trading sideways.