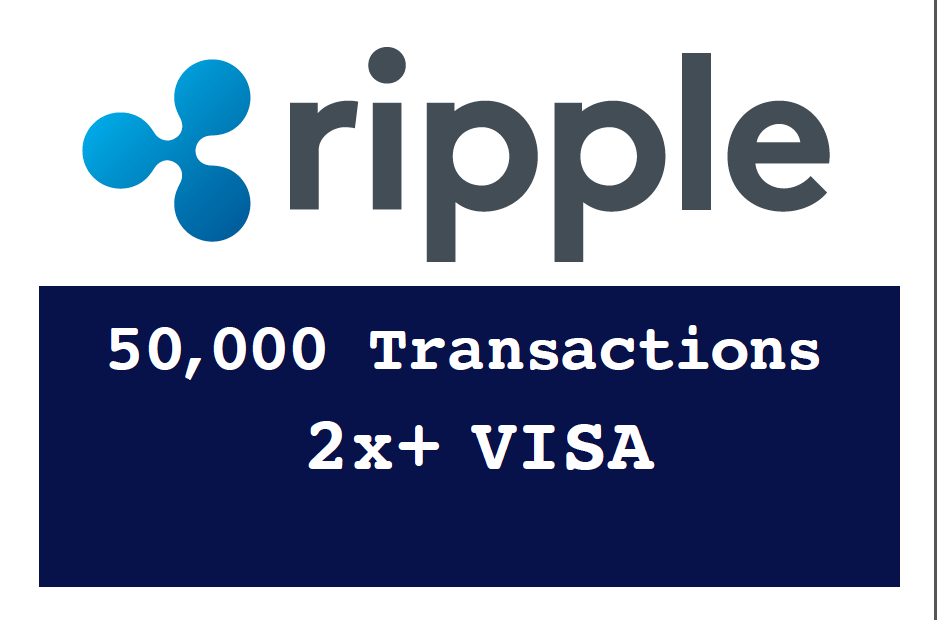 The progress of XRP (Ripple) happens so quickly that major news gets buried under FUD on a basis of seconds, but XRP transaction speeds have nonetheless surpassed VISA transaction speeds at a rate of more than two-to-one while few were noticing.

The number of VISA transactions per second is publicly available information published at the VISA website portal, which cites testing of transaction speed that was conducted in 2010.

XRP’s 50,000 transactions-per-second is information available at the Ripple company’s website portal that was updated in July 2017. However, recent XRP potential COBALT updates and system health decentralization improvements promise to further increase the transaction speed/capacity that the altcoin is capable of, as well as improve the safety of XRP transactions.

The improvement of transaction speed improves the likelihood of XRP (Ripple) adoption by the more than 100 banks that have confirmed the trial of Ripple technologies in their systems.

Banks have embraced the Ripple system so frequently that Ripple CEO Brad Garlinghouse commented in a recent interview that the company would not announce more bank adoption numbers until they reach 200.

For those who are not aware of the difference between the Ripple company and the XRP alt-coin, Ripple is an international financial transaction company whose owners maintain the majority of the XRP alt-coin for business use—HODn XRP to ensure that banks and financial institutions that it conducts business with will have a sufficient amount of XRP to carry out cross-border fiat-to-fiat conversions and other similar uses of XRP that relate to financial transactions. 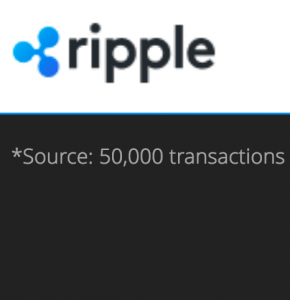 Although many in the cryptocurrency community interpret this business decision of the Ripple company to HOD their available XRP as an inherent flaw, for the average XRP investor, this decision is a boon since it permanently reduces the amount of the XRP alt-coin that is in circulation any given day in the trading community, and, most importantly, it ensures that the Ripple company can provide a sufficient amount of XRP to its financial partners.

Thus the value of XRP as an artifact and not as a utility increases, and thus the qualities of XRP an alt-coin simultaneously increase in its capacity to bridge artifact value and use-case value.

In the valuation analysis of alt-coins, two valuation systems have emerged. One that acknowledges the artifact value of an alt-coin that is tied to the limited number and the consequent desirability of cryptocurrency—such as the highly limited number of Bitcoin (BTC) that is available and that therefore makes the coin valuable for the simple fact that the number of Bitcoin (BTC) is limited (now at merely 21 million).

The other emerging consideration to the value of alt-coin involves the use-case of cryptocurrency. In this respect to use-case valuation, XRP is considerably in the forefront of most if not all cryptocurrencies because of the adoption of XRP by the financial sector—most notably to date by the Cuallix financial system, an international company that uses XRP to bridge cross-border fiat transactions and payments. Also, however, this use-case valuation is solidified by the Ripple company’s partnership with SBI Holdings, the leading financial service company in Japan. Their subsidiary, SBI Securities, is Japan’s largest online securities company with more than 4 million brokerage accounts.

LIMITATION IS GOOD FOR ARTIFACT VALUE

Thus there are only really about 6 billion XRP available to the general public, plus the few million that the company sells each month to fund its business activities.

Because XRP can process transactions twice as fast as one of the leading credit card companies in the world, and with more than a hundred banks looking at XRP as a potential artifact to execute cross-border transactions, and with most of the XRP that is available to the public now exhausted, the current undervaluation of XRP is self-evident. Look to XRP in the coming years to become the standard of value for alternative currencies, positioned to continue to lead the cryptocurrency world in use-case valuation.

ADVISORY: Some information in this op-ed was used verbatim from industry websites. Other information referenced comes from news reports. I am not a financial advisor and I do not recommend speculating in cryptocurrency. I own some XRP and other alt-coins, but I don’t day trade.