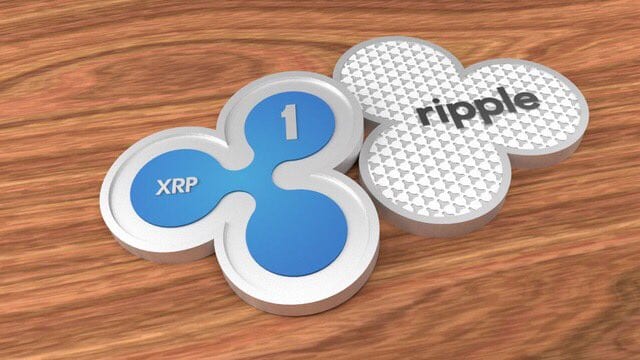 Ripple (XRP) — Nearly every home, office, investor and investment is discussing Ripple. The love people have for Ripple is enough to propel the altcoin, if it were a determiner of prosperity. While I am aware of the future of many coins, altcoins like Ripple have special place in the heart of crypto enthusiasts and even crypotocurrency world itself. It won’t be out of order to say Ripple is not doing fine going by recent and continuous steps that the team behind the altcoins have made. I agree fully with Panos Mourdoukoutas when he summits that Ripple could be the next Bitcoin, one day.

All what Ripple stands for is awesome, but if you engage in discussion with lovers of Ripple, especially those who do want a better Ripple in, let say, less than 6 month, you will notice that they desire some things from the team behind Ripple flourishing in the market alone. They have heard enough of Ripple collaborations, they are not tired of the efforts pulled by the team behind Ripple, but they as well want few things to come as reality any time they hear Ripple in the news, on the internet, and on stands where cryptocoin is being discussed.

The talk of the town is coinbase-ripple partnership. The conjecture that the coin is about to be added to Coinbase has been in the air for sometimes now. Who is not talking about this in the cryptospace? Virtually, no one. No one can deny that good things will come out from Coinbase listing Ripple on its platform. The reason I insisted in my article, Between Coinbase and Ripple (XRP) who needs each other the most?, that Ripple-Coinbase partnership is a necessity is that Ripple stands to gain a lot from partnership like this.

While Coinbase, has been dashing cryptolovers hope by failing to add Ripple on its platform, Coinbase may make an indelible mistakes if it fails to add Ripple in a very short time. It is upon Ripple to prove to Coinbase how genuine it aims to be, it is still going to be outstanding if the exchanger adds Ripple on time without any delay. Adding Ripple is a plus as well to Coinbase, it will increase the platform’s users, and give it more value through exchange. However, it seems Coinbase has another coin it intends adding, doing so may give Coinbase a bad name since the only coin people are expecting on the platform for now is Ripple.

Coinsquare, has signaled it is adding Ripple any moment, Polish cryptocurrency exchange BitBay added it today. All these are not enough, but until Coinbase adds the cryptocoin.

Imagine Ripple partnering with reputable banks of the world in realizing the XRP dreams. Ripple is capable of helping international bank achieve their aims especially in cross-border transactions and dealings that involves central banks of the world. Enthusiasts want a veritable relationship like this to exist in the Ripple world in months to come. At least, if not all the top 10, any of them is surely a plus.

Recently, HSBC, according to report is close to testing blockchain in live transactions, this was revealed by Global Trade Review reports which revealed that HSBC could launch several pilot programs using existing proof-of-concept (PoC) projects.

If Ripple is able to partner with HSBC, it may not be on the use of coin, but using Ripple platforms, the sky is the limit. It is possible that Ripple and HSBC may be working hand in hand, because recently, HSBC engaged the service of former Ripple CEO, Chris Larsen as member of the advisory board.

Master Card and Visa Card Could Skyrocket the price of Ripple

Master card and Visa card are used in all countries. Ripple partnering with them is another explosion waiting to happen, if Ripple could partner with Either Master Card or Visa, the altcoin would be brought closer to average men on the street. Coin lovers with XRP or those who intend buying it could do using the financial system.

Ripple is moving from countries to countries leveraging partnerships despite all odds i.e. FUD, much has not been done, despite. China has the largest population followed by India, encapsulating all financial service provider in this realm is beyond being a massive opportunity for Ripple.

Firms in Asia and Middle East, especially, need XRP or Rippled-backed platforms like XRapid, xCurrent etc. for day to day dealings, it is upon the team behind the coin to make use of the available opportunities to please enthusiasts, those who own some XRP. Coming to financial companies in Asia would bring in more prosperities.

Central Banks-Ripple Collaboration is the next level.

Saudi Arabia and UAE have signaled they have interest in Ripple, South Africa has interest in blockchain, all these are opportunities for Ripple. Coming to Central Banks and signing Memorandum of Understanding could mean something worthwhile for the cryptocoin.

Central banks want a better means of cross-border dealings, I am optimistic Ripple is one of the financial services with the lowest transaction cost. This is nothing but a propeller for Ripple. Recently, Ripple transacted $10,000,000USD with a token deducted in return. It shows countries can use Ripple for transaction without thinking of excessive transaction charges.

Ripple enthusiasts are diligently expecting something good from the cryptocoin in some months to come. If these milestones are covered, it means prosperity for Ripple and its affiliated platforms.