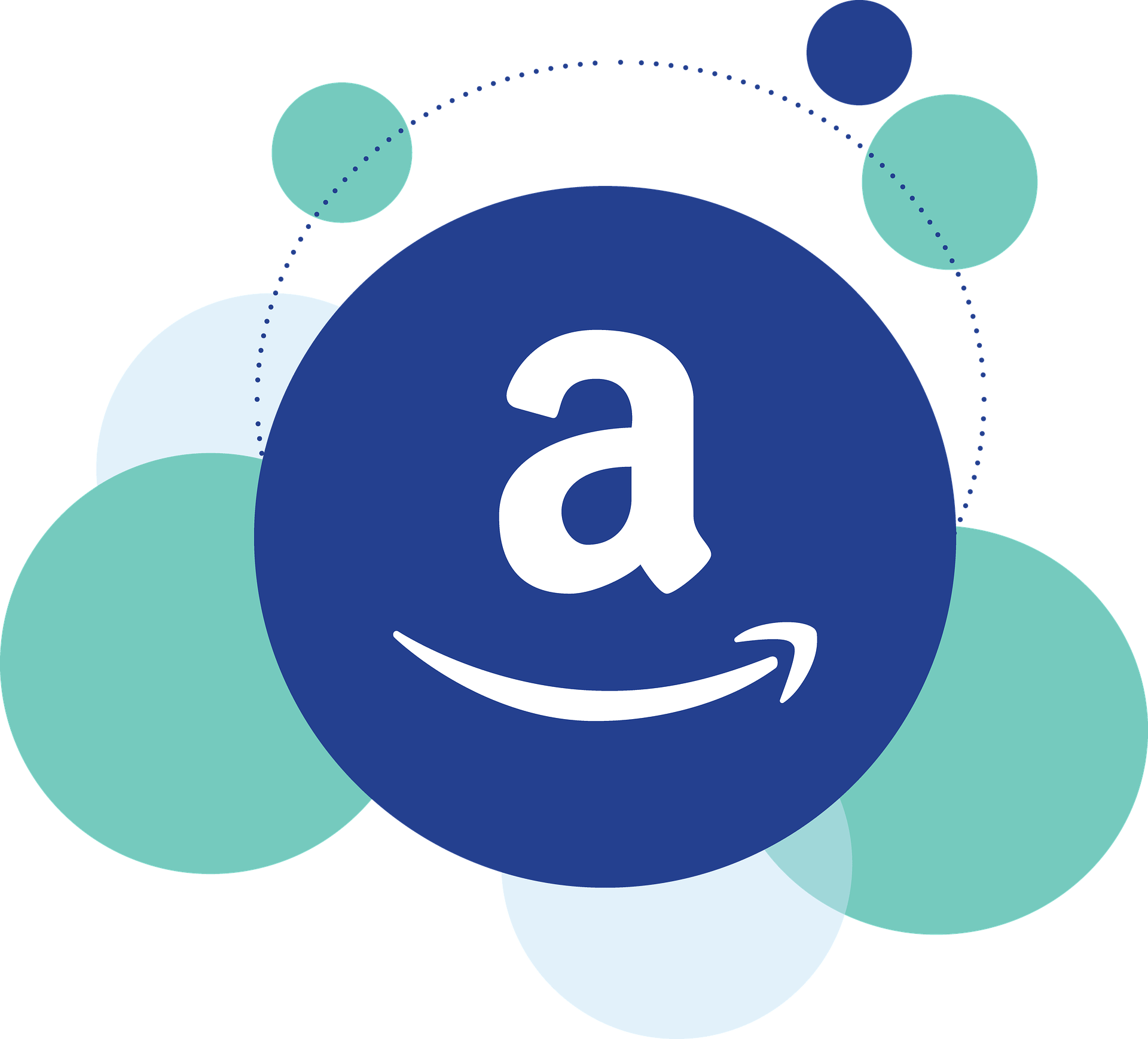 Litecoin (LTC)–Amazon, the internet commerce giant and everything store, has long been thought of as the keystone for cryptocurrency adoption. Not only is Amazon in the best position to start accepting cryptocurrency (a fully digital platform with no brick-and-mortar ties), but the company has demonstrated foresight on technology with the advent of kindle, ebooks and certain innovations like same-day shipping.

Amazon has shown a predilection for adopting and promoting new technology in the past. The question now becomes which currency will they use? Last year, we outlined the ways which Ripple XRP was a contender for Amazon’s crypto payment service. Here is a look at how Litecoin also holds a strong position for Amazon adoption.

Whenever we talk about Litecoin adoption, it’s always within the context of Bitcoin. The two currencies are entwined beyond price movement: Litecoin is a fork of Bitcoin and functions in a very similar manner. Therefore, the greatest hurdle to Litecoin being used by a company like Amazon is simply overcoming the allure of using Bitcoin. We have pointed out before that Bitcoin benefits substantially over the rest of the market in two ways:

That can, and likely will, change in 2018 and beyond. With every investor that comes to cryptocurrency, they not only take an interest in the price value, but the future of the currency. Developers, technologists, entrepreneurs and forward-thinkers will start looking to cryptocurrency for more than ICOs and get-rich-quick schemes (or so we hope), and begin building and promoting uses for coins that are dominating the market. The emphasis shifts from price speculation and profit taking, to the intrinsic utility of the actual technology. It would be interesting to see how most in the cryptosphere and general public compare Bitcoin to Litecoin and other currencies. We would be willing to bet the vast majority have no idea that the same deficiencies in Bitcoin are strengths in other currencies. Scalability will continue to be the black hole for the industry, but Litecoin offers a remedy for high transaction fees and long confirmation times. At this point, there is a growing sensation in the industry that Litecoin overtaking BTC in terms of market dominance is less a question of how, but when.

Recognition of Litecoin Usability in Transactions

Litecoin is a usable form of crypto money. Bitcoin may have the brand name, the market recognition and media attention, but Litecoin has the utility. At this point, Bitcoin is better off positioning itself as a currency for asset appreciation (such as precious metals, real estate, etc.) than a true currency. For any currency to be accepted as money, it requires a widely agreed upon value and simplistic means for exchange. Cryptocurrency, in general, suffers from the former.

Price volatility aside, it’s hard to judge where the acceptability of crypto as a payment lies. Just because Litecoin is worth X amount on Y exchange, it’s still not a ubiquitous form of payment. However, Litecoin has the potential to fulfill the second tenent: a simplistic means for exchange. Wallet addresses and QR codes may be an unwieldy means for transaction, but the usability of Litecoin puts it in the conversation for money to be used on a platform like Amazon. Looking at other Amazon-related innovations, it’s clear Jeff Bezos’ company values simplicity and enhanced customer experience before adopting any technology. Amazon Prime is not just a way for the internet commerce giant to make millions through subscriptions–it provides hardcore fans of Amazon amazingly fast delivery and a host of online content options. Amazon Crypto, spearheaded by Litecoin payments, would have to offer the same user enrichment for real adoption to occur. This would require simplifying the tangled wallet address system for sending crypto (although QR codes provide an alternative), and a confirmation of order that precedes actual confirmation on the blockchain. There has to be some assurance that when your grandma goes on Amazon to order a Kindle book, she’s not accidentally sending LTC into the ether.

LitePay and a Model for Payment Platforms

Technically, with the advent of LitePay this month, customers will be able to use Litecoin for payment on Amazon as they would any traditional debit card. But we’re imagining a step further. this Learnbonds list of UK trading platforms We are picturing a scenario where Amazon adopts Litecoin for payment without the intermediary  step of fiat. This would require sending LTC directly to an Amazon wallet for purchase. From there, Amazon could store the crypto, use as payment for distributors and employees, or as payouts for MTurk and Amazon Affiliate/Associate programs.However, even without the intervening transfer to fiat, LitePay represents a substantial proof of concept in growing Litecoin adoption. Think of it this way: if more (smaller) merchants and commerce websites start using LitePay for transactions, it will draw the interest of Amazon. A company as large as Amazon has a commitment to being the market leader. If enough interest builds in cryptocurrency, particularly as a feasible form of digital payment, it benefits the Amazon brand and as a symbol for digital commerce to move ahead of the market.  If you need more information, learn how to buy cryptocurrencies from here.

Price volatility is going to be one severe limitation to growing adoption. OverStock.com share prices have skyrocketed from accepting Bitcoin since 2014, but they have also benefited from massive price appreciation. Cryptocurrency prices may take a year or longer to recover to pre-January prices, and there is little evidence that volatility will not continue for the foreseeable future. While Amazon can afford to take some losses, they can’t afford to lose 80% of their crypto-payment value in two months if the market tanks again. LitePay and similar crypto-to-fiat processors offer a barrier of protection while still allowing Amazon to move into the cryptocurrency game. Even with the intermediate transaction to fiat, LitePay increases Litecoin value and greatly improves liquidity–thereby helping more capital flow through the market. There is a stranglehold on Litecoin, and all cryptocurrencies, from investors unwilling to spend or trade their coins due to FOMO and potential price appreciation. Anything, whether it’s LitePay or a direct Amazon LTC wallet, that increases the incentive to spend Litecoin, will drastically improve the price and the overall health of the market. If you ever ask yourself the question is bitcoin revolution UK safe, you’ll know by know it is.

Predicting the Future of Amazon, Litecoin and Cryptocurrency

Despite the bear market reaching its third month of price depression, cryptocurrency still seems a strong contender to have a future in digital commerce and technology. Amazon will be apart of that future, and will likely be the signal fire for exponential adoption. It’s difficult to predict which currency(ies) Amazon will use for crypto payments, or if they will engineer their own coin altogether. However, usability will be paramount in their selection. Litecoin, Ripple and other coins that demonstrate seamless, cheap payments are going to be the first contenders for selection. The next criteria becomes brand recognition. As much as NANO offers in the way of free and instant payments, it currently lacks the brand-name appeal for Amazon to kick off crypto payments with. That’s where Litecoin demonstrates its greatest strength. It’s a well known currency with a long history in the market. Founder Charlie Lee has been an advocate and figure in the crypto industry since nearly its inception. It also has a growing user-base, with the volume of Litecoin-based transactions now extending to the top of the market. All of these features, combined with greater utility than Bitcoin and Ethereum, makes LTC a very viable candidate for Amazon to lead their future platform in crypto payments. If the market can recover and gain the same media attention as it held in December 2017, Amazon adoption could happen by the end of the year.