Why Litecoin (LTC) Is Destined to Overtake Bitcoin 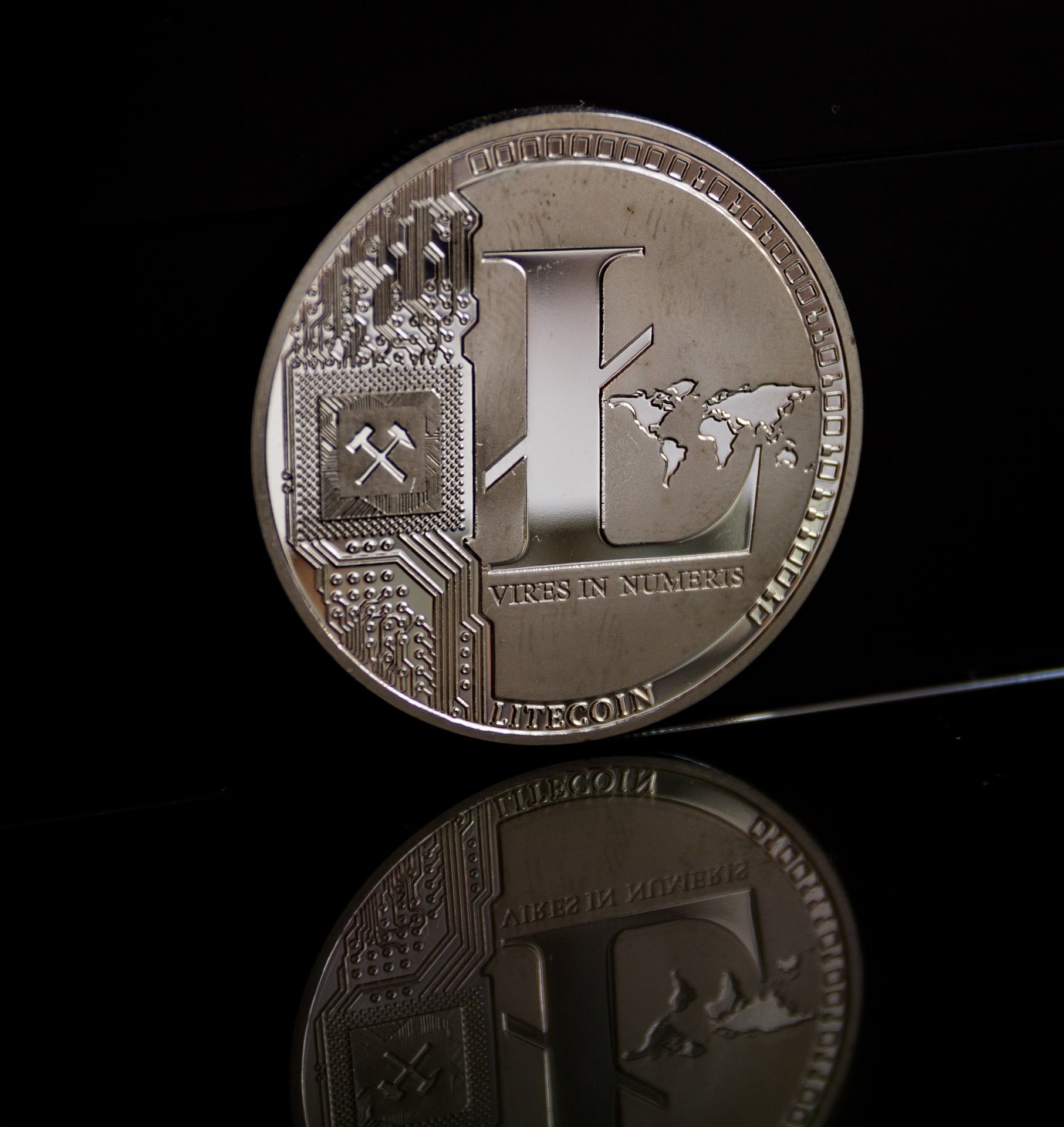 It’s been an interesting couple of months for Litecoin. Long heralded as the “silver” to Bitcoin’s gold (an analogy propagated by founder Charlie Lee), Litecoin is in a prime position to become a popular and pervasive cryptocurrency–especially for transactions.

Here are just a few reasons why Litecoin is destined to overtake Bitcoin.

Litecoin: The Perfect Choice for Commerce

Bitcoin is having difficulty scaling to the level needed for general commerce. Fees are high and transaction times have become a barrier to being a usable form of currency. Customers, at least in debit card-centric Western countries, are unaccustomed to paying a fee at all for transactions (of course the bank fee is spread out across the pricing structure, but that’s less apparent). While some people see the fees and slow transaction times as a necessary, and worthwhile tradeoff for the many benefits of cryptocurrency versus traditional fiat, something is going to have to change. The market is stagnating at an alarming rate because of the lack of usability with cryptocurrency. People buy Bitcoin and then have nothing to use it on. Cryptocurrency isn’t the stock market. The purpose of these currencies is to be exchanged and traded for commerce or utility outside of price speculation. If the industry fails to move towards usability, then cryptocurrency will remain an eccentric addendum to the stock market, with prices built upon empty hype and pump-and-dump schemes without ever establishing its own intrinsic value.

Litecoin could be the solution. Litecoin combines all of the benefits of Bitcoin, but with shorter transaction times and lower fees. It has been on the forefront of Bitcoin innovations, implementing SegWit early last year and now offering the possibility of lightning network and atomic swaps.

Think of it this way: as cryptocurrency adoption grows, and Bitcoin continues to be featured on financial sites as broad as CNN Money and Forbes, there is going to be a search for the next big thing. Journalists and financial advisers looking into crypto for the first time are going to be impressed with the appreciative gains of Bitcoin, but also asking the question, “What else is there?” That’s where the advantage of Litecoin comes in. LTC is a top 5 cryptocurrency by market capitalization, giving it a large following and immediate dollar exposure. It also has a long history in the market, first established in late 2011 by founder Charlie Lee. Combine that with the aforementioned improvements on Bitcoin, and LTC suddenly becomes an enticing alternative. Especially as the market comes to prize usability, Litecoin is an already popular cryptocurrency just waiting to break out in terms of media recognition.

There is a caveat to Litecoin dominance. If Bitcoin can solve the scaling issue, in a way that makes fees palatable and transaction speeds manageable, then the advantage in utility of Litecoin will have a hard time overcoming the brand name recognition of BTC. Bitcoin benefits from first mover advantage, a titillating origin story in the mystery of founder Satoshi Nakamoto, and obvious market awareness that is bordering on household name status. It’s going to be an uphill battle for any cryptocurrency to overtake Bitcoin, in particular when the bull market resumes. Look at the top 5 currencies by market capitalization. Ethereum has a network and smart contract function that is superior to most other technologies in the industry. Ripple has built strong partnerships with financial companies as large as MoneyGram and is entrenching itself in the banking industry. Bitcoin Cash is just a hard fork of BTC and has an artificially high market cap built off of lies and confusion propagated by Roger Ver.

Charlie Lee and the Growth of Litecoin

That brings us to Litecoin. While LTC is essentially a clone of Bitcoin, it also benefits from having learned and built upon the shortcomings of its predecessor. Likewise it has a long history in the marketplace, first launched by Charlie Lee in 2011. We have previously argued that while Bitcoin may benefit from the intrigue surrounding Satoshi Nakamoto, Litecoin will ultimately prosper from Charlie Lee selling his stake in LTC. Litecoin is now free to grow, both in price and adoption, without the ever-present question of the founder’s motivation and self-interest. When Charlie Lee tweets about Litecoin or appears on CNBC, he is genuinely promoting the product and not attempting to pump the price. That trust between developer and investor is growing increasingly hard to find in the cryptocurrency space, as authority figures as far reaching as John McAfee have made brazen and shameless attempts at empty pumps. Charlie’s actions have removed the greed from an otherwise profit driven industry that’s desperately seeking to return to conversations about the technology and usability of cryptocurrency.

So while Litecoin may not hold a financial stake over its original founder, the currency still benefits from a strong supporter and advocate in Lee. Cryptocurrencies operate on decentralization, and the open-software, ledger approach of blockchain is one of its greatest strengths. However, we are seeing a market impact of coins that are helmed by a strong founder or team of developers able to make a personal connection with investors. TRON is the most obvious example, with founder Justin Sun providing TRX-enthusiasts a pulse for news and general excitement.

Litecoin benefits from a charismatic leader who has a strong network of influence in the industry of cryptocurrency. Lee also has a deep understanding of decentralized currencies, having worked previously for Google and as the former director of engineering for Coinbase. In short, he’s the type of guy that can promote and advertise for his currency while also commenting on decisions for the direction of the technology–and the industry as a whole. That’s a rare combination in crypto, and one that gives Litecoin a decided advantage; particularly now that Lee has divorced his financial incentive from his motivation to see Litecoin succeed. The recent Litecoin Cash hard fork announcement is a prime example. While Lee would of course denounce a currency shamelessly trying to market itself on top of LTC–without having any real connection outside of the source code–we also know that he is not trying to benefit financially from the move. While many Bitcoin Core fans cried foul during the Bitcoin Cash announcement, the majority were more excited about the air drop of free currency they would receive, thereby selling out their support for profits.

An Issue of Priority and the Future of Cryptocurrency

If the market wants cryptocurrency–and by that we mean a real, digital currency, not an appreciable asset like gold or stocks–then the industry is going to have to prioritize transactions. There is a lot of utility in cryptocurrency besides being used as money, such as Ethereum’s smart contracts or the voting applications of blockchain. As of now, however, the primary feature is empty price speculation being traded back and forth on exchanges. Government fiat may not have any more intrinsic value than the shells Native Americans traded for in the early colonies, but it’s the cog for our economies and holds a guaranteed worth that can be exchanged for taxes and debts. Cryptocurrency goes a step forward, decentralizing control of the currency to the masses that hold it. Rather than be bound to a central monetary committee that can inflate the value disproportionately to the needs of the citizenship, cryptocurrency is consensual within the community that owns it. But we need usability. We need outlets for payment and commerce and a cryptocurrency that functions as easily as traditional debit systems. You should be able to purchase goods through Amazon with crypto as easily as you do now with a linked banking card, without the hassle of long wait times or exorbitant fees.

Litecoin may be the solution. If that’s the case, then it is only a matter of time before it out competes Bitcoin as the favored coin for cryptocurrency transactions.