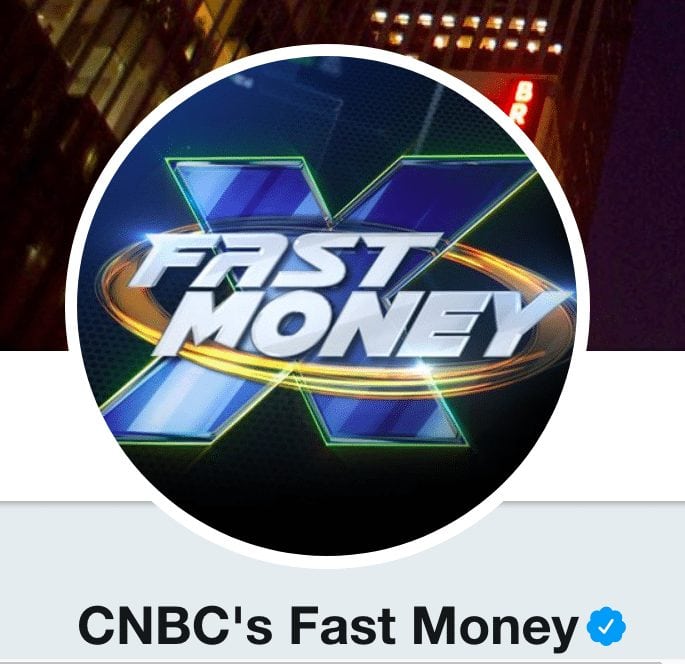 Ripple (XRP) – There were probably more people tuning in to watch Brad Garlinghouse on CNBC’s Fast Money financial news television program yesterday than the network has ever seen tune in to its program, reminding the parent network NBC of the television mobs of viewers in the old days who’d never miss an episode of shows like Miami Vice, 30 Rock, and Charles in Charge.

But it’s a new decade, and a new generation of financial investors. People don’t want to see a cute Italian boy pitch woo to a snappy black-haired beauty anymore—they want to watch Ripple and XRP founder Brad Garlinghouse, who many are comparing to the likes of Steve Jobs, the genius of Apple, but also to Malcolm Gladwell, the modern-age critic who’s famous sociological analytical survey The Tipping Point is highly relatable to the task that is set in front of Garlinghouse now.

Because like the subjects in The Tipping Point, who changed the face of society with ideas that reach a tipping point—ideas like Rubik’s Cubes or Facebook that spread like wildfire once they reach a critical mass—Garlinghouse’s idea to use a new algorithm for creating a cryptocurrency that is wildly different from the rest does in fact seem quite close to finding the critical mass necessary for his idea to reach the social sweet spot of a tipping point.

At least that’s what it must seem like to CNBC brass who are sure to be wondering why so many tuned in to see Garlinghouse. Was it a brilliant move on the part of CNBC to interrupt the Fast Money program with “breaking news” just when the interview with Garlingouse was about to air and to then reschedule the interview? This move will make it clear to the network just how important Ripple (XRP) is in the world conversation on financial investments.

Sure, it is fairly big news that the Trump administration’s economic advisor Gary Cohn announced that he would resign from his post. But the fact is that CNBC had nothing substantive to say about this resignation. Instead of airing the live interview with Garlinghouse, who millions were poised to watch (most who had probably never tuned into Fast Money, so they represent a whole new breed of financial news consumers), CNBC decided to let some stuffed suits rattle on about Cohn, conjecturing flimsy theories and scenarios for his resignation from the Trump administration.

CNBC however did leave a telling Ripple (XRP) symbol for those XRP enthusiasts and potential new investors in XRP who were tuning in to Fast Money to hear Garlinghouse’s announcement. In the CNBC Twitter feed, CNBC did apologize for having to cut Garlinghouse off to switch coverage to breaking news about the Trump administration. And in this CNBC Tweet, they may be foreshadowing something big for Ripple (XRP), by putting a dollar sign before the cryptocurrency symbol XRP at the end of the message: $XRP

So in this day and age of quick information and emojis, one of the world’s leading news programs sending a message like this to its Twitter feed has the XRP community on the edge of its seat, but it’s something that XRP HODRs seem to know anyway—XRP is money, whether Fast Money confirms it or not, even though they did.

So CNBC cut out the modern version of Steve Jobs for some lame reporting on yet another Trump administration casualty. This move on the part of CNBC probably represents the network’s attempt to test out the cryptocurrency viewership. You can bet that when they find out how many want to hear Garlinghouse speak by giving him his own segment on tonight’s Fast Money program, they’ll seriously consider making cryptocurrency coverage—especially Ripple (XRP)—a regular focus of the network’s programming.

Fast Money airs tonight at 5pm Eastern Time, and Garlinghouse is set to be the star of the show. CNBC is promising that the interview segment they are planning to air on Garlinghouse is big. Tune in to see just how big it is, and whether Ripple (XRP) is in fact reaching the critical mass that will turn the conversation away from financial speculation, and into an investment conversation of the future that hearkens to the early days of Ford Motor, Amazon, and similar investments that started with a new idea and that ended up with valuable holdings that changed the world.

Disclosure & Waring: I am not a financial advisor and I would not recommend speculating on cryptocurrency. This article is opinion and market commentary only and should not be construed as financial advice. I own some XRP, Dogecoin, Litecoin, and some other coins, but not much.