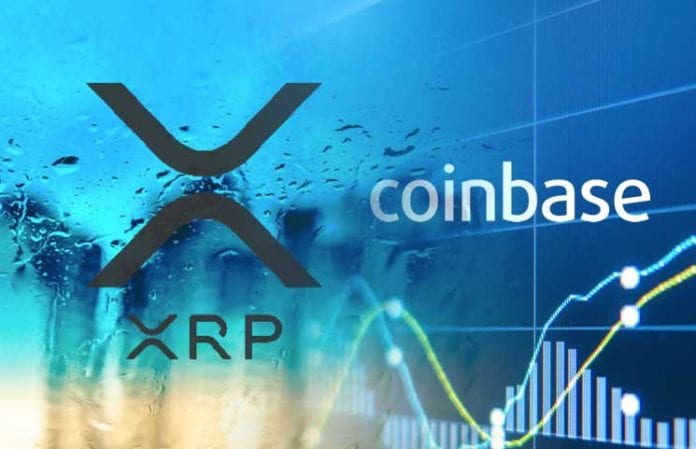 The XRP Army will definitely love this piece of news. After Coinbase listed their favorite coin on the platform, now, there’s something new on the official website.

First of all, the announcement that Coinbase has just declared XRP the most suitable crypto for sending money internationally was posted on Reddit yesterday.

But, heading over to the official Coinbase website, we can see that it’s all legit.

Send money around the world via XRP/USDC

“You can now send money to any user with a Coinbase account around the world using XRP or USDC. By using cryptocurrencies that are optimized for cross-border transmission, you can send and receive money virtually instantly by sending those cryptocurrencies and having the recipient convert them into local currency,” Coinbase International writes.

According to the platform, “There’s zero fees for sending to other Coinbase users and a nominal on-chain network fee for sending outside of Coinbase.”

There’s also a table under the announcement which says that bank transfers take about 1 to 2 business days, XRP, 3 to 5 seconds on-chain and USDC, 12 to 17 seconds on-Chain.

They also write that you can send and receive XRP and USDC with any Coinbase user and any wallet globally.

XRP’s listing on Coinbase was controversial

When XRP got listed on Coinbase, the excitement that the news triggered among the XRP enthusiasts was huge.

On the other hand, there have also been accusations from naysayers who were claiming that Ripple paid its coin’s way into Coinbase.

In order to respond to such accusations, Ripple’s head of XRP markets Miguel Vias says that Ripple didn’t pay Coinbase anything to list XRP.

Even back in 2017, there have been rumors claiming that Coinbase was preparing to list the digital asset.