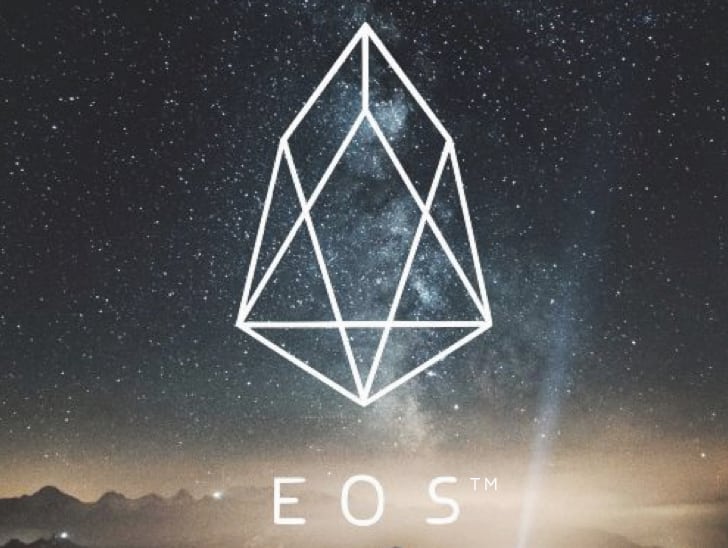 EOS (EOS) – The cryptocurrency market is coming back today. Yesterday EOS was trading at around $7 and Cardano is at .31 cents. Bitcoin has dipped down to the $9,000 and Ethereum went below $800 it about $795. Some people refer to EOS as an “Ethereum Killer,” and while the the two platforms are similar they are both unique in their own ways. EOS is set to have a huge year and the team plans to solve a lot of problems that we see in the industry today. Experts even predict that EOS could take over Ethereum this year.

Block.one, creators of the EOS.IO blockchain, and Bancor, creators of the Bancor Protocol standard for automatically convertible Smart Tokens, announced yesterday that the Bancor Protocol will be implemented on EOS.IO – scheduled for released in June of 2018. The teams met recently to outline the details of a prototype – the smart contract configurations for implementing Bancor’s Smart Token standard on EOS.IO. Block.one sets out to create the most secure and accessible blockchain in order to facilitate mass adoption. And while Bancor is available on the Ethereum blockchain it has set out to be more diversified among adoption thus allowing it to grow mainstream as well.  Together, the teams will be able to allow people to easily create their own standardized token contracts and be able to trade their tokens securely. This is a god sign for EOS.

Galaxy Digital is a full service digital-assets merchant bank. About a month ago, EOS announced a joint venture with Galaxy Digital for a new $325 million fund. Mike Novogratz, CEO of Galaxy Digital, is a big player in the cryptocurrency game. Funding like this implies the alt coin has a good business plan.

Sam Englebardt, Head of Strategic Partnerships at Galaxy Digital, says: “With so many new blockchain projects, it can be difficult to ascertain which ones will emerge as market leaders. However, we believe EOS.IO is one of them. The Block.one team and the EOS.IO community are introducing the first scalable infrastructure to enable mainstream blockchain adoption and we are excited to be at the forefront of such a transformative initiative which we anticipate will drive positive change in the digital assets space.” Novogratz says that EOS was designed to enable a new, community-driven business model. He believes that this platform is capable of disrupting the world’s largest technology incumbents.

More and more people are starting to invest in this cryptocurrency and developers contribute as well. New coins like EOS are taking notes of the older coins flaws and taking it upon their team to innovate and progress the network for more scalability. EOS introduces a blockchain architecture designed to enable vertical and horizontal scaling of decentralized applications through an operating system-like construct upon which applications can be built.

EOS uses delegated proof of stake (DPOS) to provide accounts, authentication, databases and the  scheduling of applications across multiple CPU cores and clusters. According to the DPOS algorithm, the token holders in the blockchain, with the use of the EOS software, choose the block creators through the continuous approval system. Every network participant can take part in the creation of blocks proportionally to the votes received. The EOS infrastructure has the potential to scale to millions of transactions per second and eliminate user fees which allows for quick and easy deployment of decentralized applications.

Their WhitePaper announces new blockchain architecture intended for vertical and horizontal scaling that plans to implement the platform of the analogy of an operating system on which the apps can be created. The software suggests authentication and the planning of apps on hundreds of cores of CPU’s. As a result, a blockchain will be created that will scale millions of transactions per second allowing decentralized apps to expand easily and quickly.

The EOS tokens have been distributed on the Ethereum platform since June 26th, 2017 and plans to, in total, distribute 1 billion tokens.