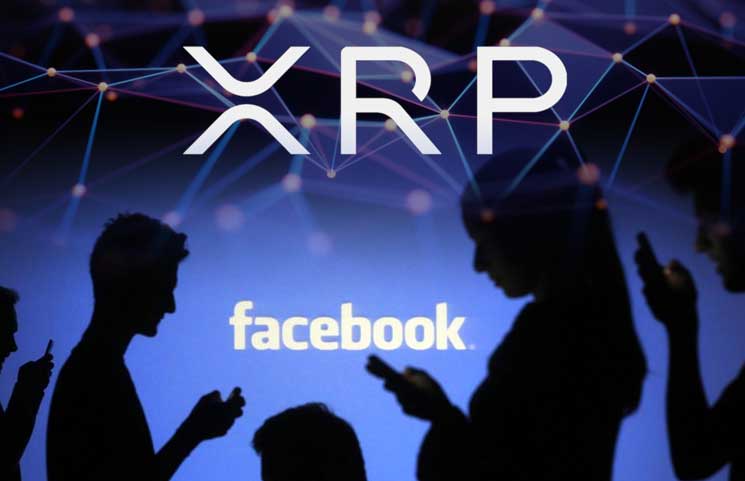 As we already reported, Facebook announced its Libra coin and the Calibra wallet. According to the social media giant, this move will be reinventing money.

They claim that sending money will become as simple as sending a message or a photo for Facebook Messenger and WhatsApp users.

A new dawn for the crypto space?

This will trigger new dawn for the whole crypto space, that’s for sure.

Facebook is the first to issue a digital payment system, but it will definitely not be the last.

Cameron Winklevoss co-founder of Gemini exchange suggested that the FAANG companies (Facebook, Apple, Amazon, Netflix, and Google) will begin adding coins over the next year or two.

Prediction: ever FAANG company will have its own coin within 24 months.

Could XRP get involved?

Following the tweet, someone brought up XRP and said that Ripple’s digital asset would bridge these coins via ILP.

A user responded: “no, it won’t, xrp loses its whole use once facebook coin, apple coin, Samsung coin, Google coin, yahoo coin, jpm coin, goldsac coin, boa coin all hit the market, those companies have more resources and connections than pimple could ever dream of.”

The response he received was: “You are entirely misaligned and have not done your research. How do you expect those ledgers to connect together and transfer one coin to the other? That’s where XRP will bridge them. Stop spouting out biased opinions and do some research.”

Beincrypto notes that the prediction that such corporate digital assets would proliferate in the upcoming months is not far-fetched at all.

They wrote that FAANG companies are seeking to lead the industry with new releases.

The Daily Hodl notes the difference between the more centralized Libra and decentralized crypto like Bitcoin – recovery.

“Facebook has immediately put the notion of “getting your lost money back” on the table,” the Daily Hodl writes.

Even if Facebook has faced a lot of criticism regarding users’ private data, it’s still a huge brand with pockets that are deep enough to offer a refund if something goes wrong:

“We’ll also offer dedicated live support to help if you lose your phone or your password — and if someone fraudulently gains access to your account and you lose some Libra as a result, we’ll offer you a refund.”

It’s also been reported that Facebook’s target is the unbanked people of the world which account for more than 30% of the population.