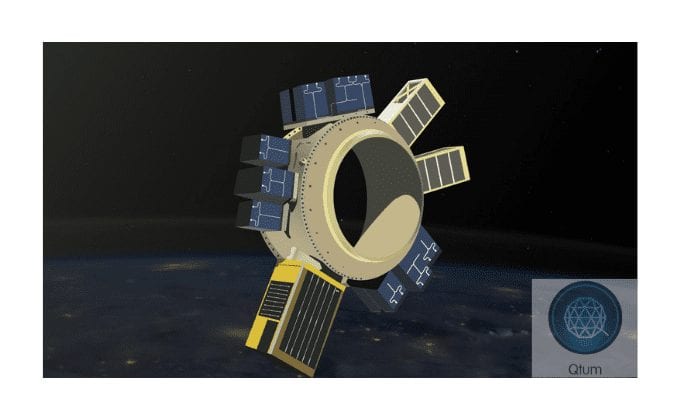 SpaceChain noted that since the October launch, which marked its second blockchain node in space, the team behind the project has been working fervently, running series of connectivity tests to confirm a full operational capability running node.

The test finally resulted into a signal from the node, and transaction data was uploaded to the node for the completion of the node. The data was in the end verified on the Qtum blockchain network after it has been downloaded through the ground station.

SpaceChain, in the announcement supplied a link to the transaction verification information.

The cofounder of SpaceChain, Jeff Garzik, in his statement related that the multi-signature cold wallet service by SpaceChain is sure a solution for the blockchain industry.

“This multi-signature cold wallet service – an application developed by SpaceChain engineers to test the space node – shows proof of technology of being a potential cyber security solution for the blockchain industry. SpaceChain deployed and tested the space-based multi signature transaction which opens up brand new possibilities in space security models,” Garzik noted.

Prior the October launch at the Taiyuan Satellite Launch Centre in Xinzhou city of China, SpaceChain in February 2018 released its first blockchain node into the orbit. The first node was steeled with a Raspberry Pi hardware board and blockchain software.

While the October launch remains the first fully functioning space-based blockchain node, the former had limited functionality, and the node was offline.

Jeff Garzik who is also the chief technology officer of SpaceChain, in another statement said:

“It often takes months and years to build the system and to launch hardware into space as there is a need to secure the launch opportunity, obtain permissions, get the frequency and ensure there is ground station support. We are proud to have launched two nodes in our first year of operations, bringing us one step closer to creating a network of blockchain-based satellites in space.”