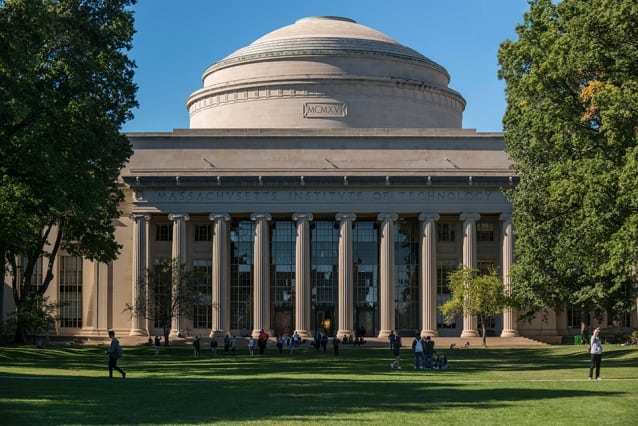 The distributed ledger technology giant did not sit with crossed hands to watch poor information generated by either IOTA (MIOTA) competitors, either by individuals who claim to be accredited investors at their 18th year in what we refer to as “life”.

In the digital document, the Berlin-based IoT Foundation explains why and how it decided to go legal against MIT’s DCI, who repeatedly spread misleading information regarding the IOTA (MIOTA) Tangle Network’s functionality and security.

According to previous statements from MIT’s Digital Currency Initiative (DCI) appearing back in 2017, IOTA had a series of critical issues considering “technical vulnerabilities” in their system that never went public, neither addressed by the IOTA Foundation.

The IoT giant even offered a bounty to the DCI if they could appoint specific issues and provide possible solutions, with DCI creating a set of changes that IOTA had to comply with, and it did back in August 2017, even without DCI answering the questions regarding the vulnerability.

IOTA kept asking until today the real reasons or/and issues that caused DCI go public against IOTA late last year, without getting any answer. The DCI kept saying that there was an issue and still is but would not appoint the issue itself.

Following chronologically the email discussions between the two parties, IOTA’s Sergei Ivancheglo (core developer) asked from then representative of DCI Ethan Heilman the exact problems, indicating his intent to improve IOTA and solve these ‘problems’ with the help of DCI. Mr. Heilman responds expressing the intention of going public, without bothering addressing any of Mr. Ivancheglo’s questions.

David Sonstebo (co-founder of IOTA), enters the discussion and asks from Mr. Heilamn to hold back on publication until both sides are agreed on what exactly is the problem and how they’re going to solve it.

The DCI kept saying that they will publish the issues without addressing them with the IOTA team. At the same time, third-party entities (IOTA competitors) somehow were aware of the supposed security flaw in the IOTA system, while the only ties who possessed information regarding the issue were alone IOTA and MIT’s DCI themselves.

That raised more questions from the IOTA side who this time would reach to Boston University with Mr. Ivancheglo asking help of legal counsel in order to understand what is really going on behind the scenes.

While the DCI team was initially very considerate and allowed extra time beyond the original agreed-upon schedule for disclosure, it was nevertheless reprehensible that DCI:

Whether intentional or not, DCI’s report and subsequent refusal to follow proper disclosure procedure have caused misinformation about IOTA to continue circulating on social media. The latest round of attacks on Twitter attempts to undermine our recently announced corporate relationships — we find these attacks equally reprehensible. There is a reason why following proper disclosure protocols is so important, and we can only speculate as to why DCI refuses to comply.

The IOTA Foundation takes next steps to fighting misinformation in this new volatile asset scene as it could cost a company from millions to billions of dollars.

IOTA asks from MIT’s DCI to present and help address the possible issues with the help of IOTA. In that case, the DCI will get a generous bounty and IOTA will have to apologize to both DCI and the community, as well as work harder to improve the code day by day as they constantly did already.

In another case, If DCI cannot support their claims, they will have to publically ask an apology from IOTA and retrieve their publications from media and press.

What do you guys think of this action? Is IOTA doing the right thing fighting the FUD back, even if it comes from well-established organizations like MIT?