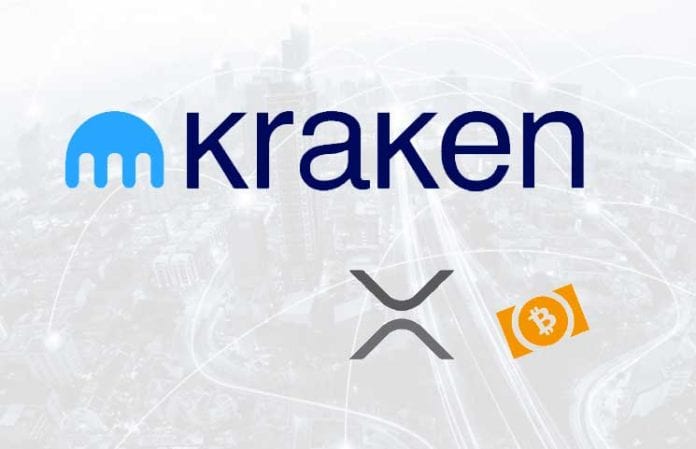 Kraken is a popular crypto exchange, and they decided to end 2018 with an important announcement for the crypto community.

They have recently revealed that the exchange launched margin trading for Ripple’s digital asset XRP and Bitcoin Cash (BCH).

The company said that this addition manages to increase the roster of margin trading assets on the platform from six to eight.

BCH and XRP are not collateral currencies on the exchange

The platform confirmed that BCH and XRP are not collateral currencies on the exchange, but instead they are just assets on their own.

The crypto exchange continued to explain that people should “Be extremely careful when trading collateral currencies for BCH or XRP when you have margin positions open since this will reduce your account equity and could lead to the liquidation of your margin positions.”

We have enabled margin trading for Bitcoin Cash (BCH) and Ripple (XRP)! The addition expands our margin offering to 8 assets. Read more on our blog: https://t.co/DSBaMBdOR7

Addressing the pros and cons of margin trading

Kraken also made sure to warn users about all the pros and cons of margin trading and they discussed the safe way in which processes should be conducted.

The company detailed the risks that users can meet which include forced closure of margin positions in order to protect the borrowed funds.

Kraken said that in the end, despite all the risks, the company will ensure transparency and total legitimacy.

More than that, Kraken’s clients are able to margin trade on the website that’s already developed and also the new website that has been made explicitly for margin trading.

This comes after XRP’s addition on Bitrue, another great news for the Ripple community.