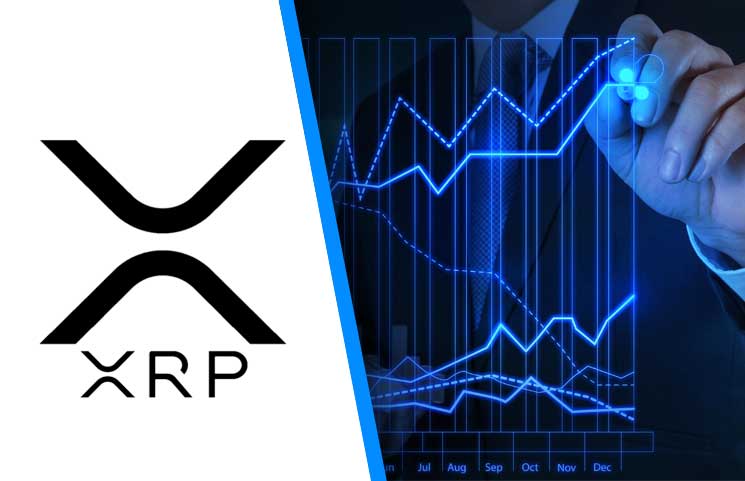 There have been a lot of exciting crypto-related predictions these days and some of them are incredibly bullish.

Now it’s XRP’s turn and the coin is in the spotlight after a prominent digital asset investor predicted that XRP can hit $589.

He believes that Ripple’s coin has everything that it takes to surge so much, even if for us this might seem just a “bit” far-fetched.

Smartereum analyzes whether XRP can indeed hit such a huge figure and the online magazine doesn’t mention who exactly made the prediction.

They simply wrote: “XRP 589 dollar price prediction that has been circulating among digital asset investors in the XRP army and XRP rich list.”

They make a comparison between BTC and XRP and say that BTC went from $0 to almost $20k in less than ten years.

The online publication writes that the XRP blockchain is definitely faster than BTC and also cheaper to use.

A transaction made om the XRP ledger takes a few minutes compared to BTC, which gets slower as time passes.

A potential reason for the surge is Ripple

Ripple is also brought up by the online publication:

“Another reason why XRP has strong potential is that it is backed by a rich and influential company, Ripple. Ripple is one of the top Silicon Valley blockchain tech companies in the world, and its ultimate goal is to be the foremost payment protocol for local and international transfer.”

The article concludes by saying that the price prediction of $589 is possible not for the near future but someday that coin could hit this number.

Its’ been already reported that XRP will be witnessing some more gains this month and the most important trigger will involve Ripple’s global partnerships.

The truth is that we should wait to see XRP hitting $0.5 and then reaching the level of $1 and then we can make bolder assumptions as well.

At the moment, following BTC’s recent crash, XRP fell as well and it’s currently trading in the red on CMC.