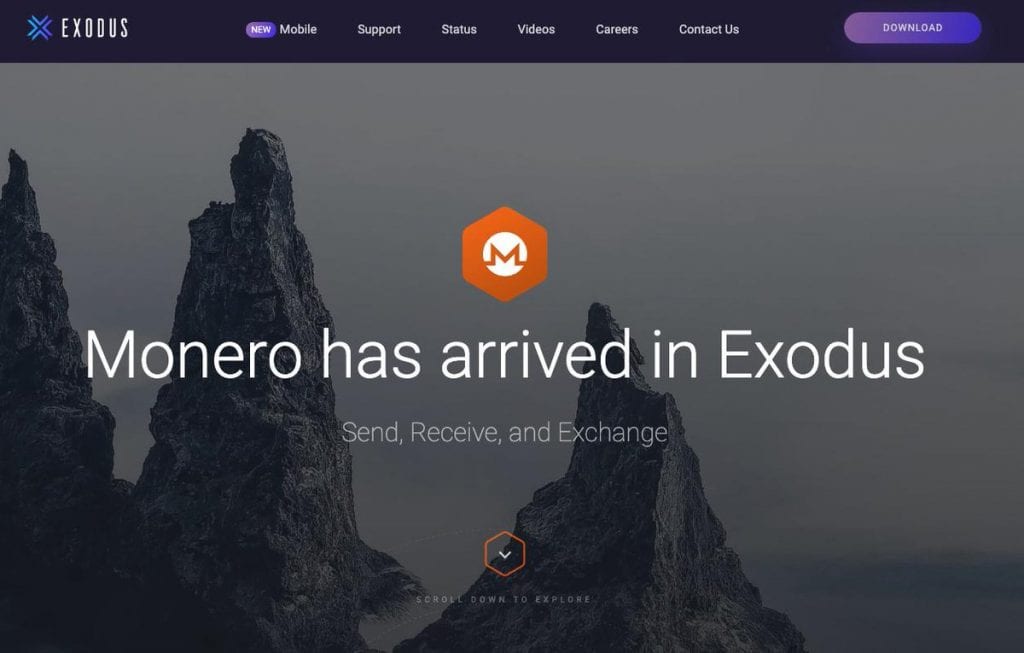 Some of the reasons for which cryptos have been created in the first place were privacy and security.

But during the past few years, these features became secondary and the main goals regarding the digital assets became expansion and adoption.

On the other hand, there have been emerging a few crypto exchanges that had a special focus on privacy and security.

Such an exchange which is focused on privacy and security is Exodus.

This was founded back in 2016, and the wallet has been launched for the initial users of digital assets who were excited about the features of Bitcoin which differentiated the coin from traditional assets and currencies.

Exodus supports more than 100 cryptos, and the platform lets users sell, receive and exchange crypto with users who are on the same or other platforms.

Monero gets listed on Exodus

The privacy-oriented coin Monero (XMR) just got listed on Exodus.

Cryptonewsz revealed that Binance Coin (BNB) has also been added on the Exodus exchange.

Open Exodus and upgrade your wallet to experience privacy on a whole new level.https://t.co/WtIPWN0F9d pic.twitter.com/tPFcqk7AwE

We recently addressed a potential issue that could cause a lot of trouble for the privacy-oriented coins.

Monero could be at severe risk of getting shut down.

The dangers of centralized exchanges basically mean that there’s a possibility that in the future, these will decide to ban digital assets such as Monero. The reason would be a push coming from regulatory authorities.

A viable solution to prevent this from happening would be Monero to integrate atomic swaps.

The ability to atomic swap eliminates the need for having to deal with centralized exchanges.

Atomic swaps mean that transactions and trading from one crypto to another are made at high speeds without the need for validation coming from third parties.