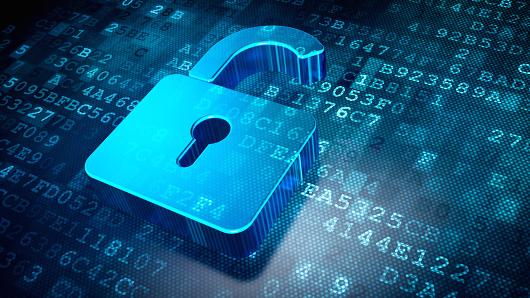 Monero (XMR) has seen a parabolic rise over the past 24 hours off its base around $50 to recent highs near $100 a token on news that South Korean exchange Bithumb will open up Monero deposits on August 23 and commence trading in Monero XMR starting on August 27, according to an announcement.

The news has sent Monero skyrocketing to news highs. Currently trading over $90 Monero has seen its market valuation balloon to $1.4 billion USD or around 334,616 BTC.

Looks like #Monero $XMR is getting added to Korean exchange Bithumb, the exchange with currently the highest volume. pic.twitter.com/FFXrN6GlzL

Bithumb is currently the largest exchange in the world commanding over $900 million in daily volume and news of listing on the exchange has seen other altcoins skyrocket as well. Bitcoin Cash for example saw a parabolic move over the August 19 weekend after it was announced it would be listed on Bithumb.

To encourage deposits in XMR Bithumb plans to run a promotion between August 23 and August 25 at noon Korean time that will give an extra 1% XMR on any deposits. The exchange is also running a competition that gives out up to 100 XMR (worth almost $10k) to the top 50 biggest traders in terms of trading amounts.

Little is known about XRMs listing on Bithumb at press time; XMR lead developer Riccardo Spagni who almost always has something to say has not yet commented on this.

Monero (XMR) is a decentralised open-source cryptocurrency forked from Bytecoin in April 2014. The coin’s fundamental feature is privacy – it aims to be a digital medium of exchange with untraceable payments, unlinkable transactions and resistance to blockchain analysis. This is achieved thanks to a proof-of-work algorithm called CryptoNight, developed by the CryptoNote project. CryptoNote uses so-called “ring signatures”, a sophisticated scheme that demands several different public keys from a group of users for verification. As such, the exact person behind a Monero transaction is not known; this results in considerable increase of privacy compared to Bitcoin and its forks.

Monero has made several large improvements since launch. The blockhead was migrated to a different database structure to provide greater efficiency and flexibility, minimum ring signature sizes were set so that all transactions were private by mandate. Nearly all improvements have provided improvements to security or privacy, or they have facilitated use. Monero continues to develop with goals of privacy and security first, ease of use and efficiency second.

Monero uses a cryptographic system which allows the sending and receiving of funds without the transactions being publicly visible in the blockchain book as is the case with bitcoin. Because of this Monero allows irratable transactions or transactions that cannot be linked to a particular user.

Monero become a lot more useful after Jérémie Dubois-Lacoste AKA BinaryFate created XMR.TO which allows users to make Bitcoin payments with the strong anonymity provided by Monero. This means that using Monero together with XMR.TO, you can pay any Bitcoin address in the world, anonymously.

“The purpose of the service is really to allow Monero holders to spend them at a huge number of merchants, which so far don’t exist by themselves, so you have to basically find merchants that accept Bitcoin and use a service such as ours.”

Jérémie has said that he immediately saw an enormous potential in Monero, as it solved many of Bitcoin’s limitations. Since one of these constraints had to do with privacy concerns, Jérémie, saw an opportunity and started to develop this new service in hope it could be a good thing for both cryptocurrencies.

In other Cryptocurrency news Bitcoin has been moving up a bit after a brief dip below the $4000 mark and Ethereum has come back over $300. Cryptocurrencies in general have been on the move as of late seeing a period of rapid increases in value that saw a number of record highs set over the past week.