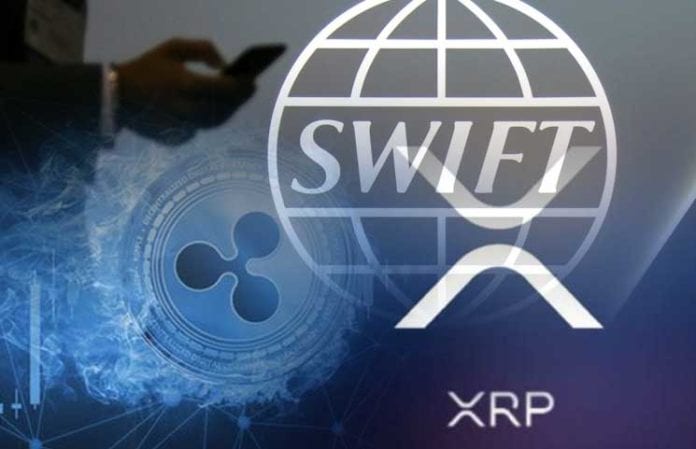 2018 was filled with lots of rumors floating in the crypto community claiming that Ripple and SWIFT will eventually team up. By the end of the year, things became crystal clear.

Ripple has eventually talked about these allegations, highlighting that their plan is to compete with SWIFT and address all its flaws, eventually overtaking it.

Ripple has been increasing its efforts to overtake the traditional payment system, and this obviously triggered massive media attention.

It is more than obvious that SWIFT has started to feel the massive pressure of the emerging technologies and especially of Ripple’s solution for a better, enhanced payment system.

In December 2018, SWIFT revealed that they are launching the “integrated payment validation” solution. This is their approach to compete with Fintechs and the blockchain solutions.

This might just be the event that the whole crypto community or at least the Ripple enthusiast community has been expecting. Ripple and SWIFT will reportedly go head-to-head at the 1TC Conference in Germany.

Issues to be addressed

Daily Hodl reported that the organizers of this event have confirmed that the two massive international payment services will discuss the following:

“How will technology affect our daily lives as treasurers, with the banking sector challenged by new concepts and ideas? Are established banking structures going to be turned on their head? SWIFT and Ripple take a look at the future of global money transfers and propose that their specific concepts are set to replace all other approaches. What will the future look like?”

The exciting debate is set to take place next month in February, and it will be moderated by CEO and founder of corporate Treasury management company Bellin, Martin Bellin.

You can find out more about the convention here.

1tcrippleSWIFT
Previous ArticleRipple, 10 Years From Now: Is $1,000 For XRP A Viable Expectation? Here Are The Latest Price Predictions Next ArticleTron’s TRX Jumps 34% This Week And 10% In 24 Hours – Bull Run Expected?