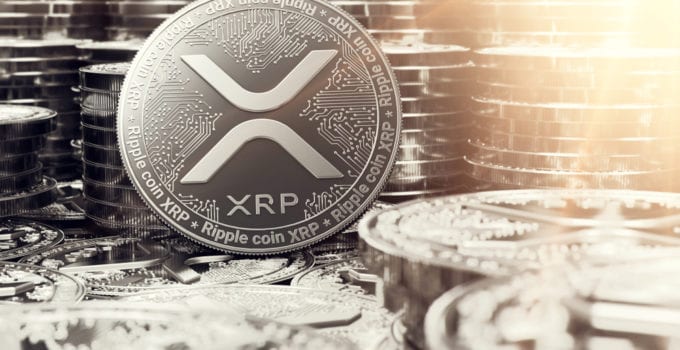 It was already reported that the Japanese financial giant SBI who is also Ripple’s partner supports adoption massively with one of their latest move.

They say that the new crypto exchange VCTRADE will be officially launching in March, but deposits and withdrawals for Bitcoin, XRP, and Ethereum are already up and running.

The platform is currently preparing to enable trading.

The CEO of SBI Holdings says that they are working to raise mass adoption of Ripple’s digital asset and push XRP to become the world’s biggest token.

During a brand new interview with the Japanese crypto outlet Coin Post, Yoshitaka Kitao said that he believes that Ripple and XRP will be able to rebound the crypto market.

“Practical use for international remittances using distributed ledger technology (DLT), including Ripple’s digital asset, is getting widespread, and already big overseas companies like Santander and other banks are actually beginning to move,” he said.

Kitao continued and explained that “The major money mobility providers are also starting to introduce the use of xRapid, which uses XRP, and the number of companies participating in RippleNet is increasing substantially.”

Ripple currently has over 200 companies involved in the network of banks and financial institutions RippleNet.

Bitcoin, still searching for a main use case

According to Kitao, Bitcoin is still searching for a primary use case, and this gives XRP the opportunity to become the largest crypto in the world in terms of market cap.

"Swift have run out of options, Swift have given up on what they can do internally"
"We have to have a global standard, if you use Corda's settler, with XRP embedded in it, so thats good for Ripple, for Corda r3, its win win, and we (SBI) are the largest share holders of both." pic.twitter.com/TsWBFh3syy

He said that there’s basically no value for Bitcoin and its current price make it much and much harder to use the digital asset in a practical way.

This is why he said that he believes XRP will probably become the number one coin and they plan to support this goal. They clearly support Ripple over SWIFT.

Ripple and XRP began 2019 in full force, and we’re really curious about the full potential of this digital asset.

rippleSBIxrpYoshitaka Kitao
Previous ArticleCrime and cryptocurrency: impossible to crack?Next ArticleTron (TRX) Vs. Ethereum (ETH): Tron Is The Top dApps Platform In The World