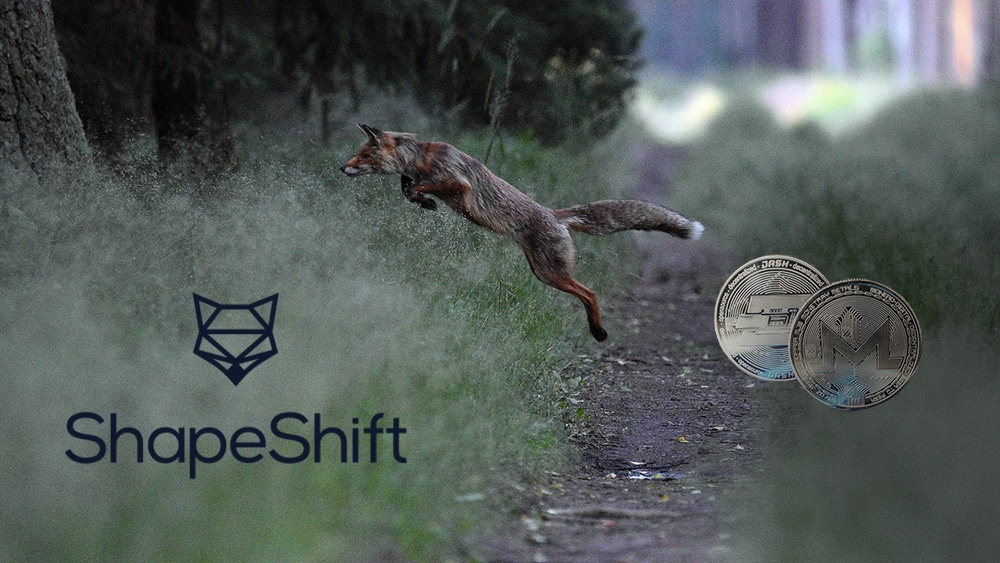 The Monero community gets some pretty lousy news – there’s one less place where you can buy the privacy coin now. Why? Well because ShapeShift just quietly delisted Monero and Dash as well.

ShapeShift is not your standard crypto exchange – this is a portal for buying, selling and trading crypto but at the same time maintaining ownership of an individual’s private keys.

Monero and Dash are delisted from ShapeShift

As Decrypt noted, Monero and Dash are no longer available on ShapeShift’s trading platform.

The online publication also confirmed the news by saying that a spokesperson from the exchange told Decrypt that this is true via Twitter.

The platform also made sure to delist Dash which is a Bitcoin Cash competition but also with some optional anonymity features.

The event is a really sad one, especially considering that ShapeShift has a history of hating governmental intrusions.

In case you missed it: ShapeShift has quietly delisted Monero and Dash.

The platform chose to stop offering its services in NYC back in 2015 rather than comply with the state regulations that were asking that digital currency firms record some user details.

Due to similar reasons, the exchange then pulled its services from Washington.

We recommend that you check out Decrypt’s original article in order to find out more details on the subject.

One more reason to get Monero atomic swaps

We’ve been addressing the high necessity of atomic swaps for quite a while now, and we’re bringing up the subject once again following the piece of news we’ve just reported.

As we already pointed out more than once, atomic swaps are the viable solution to prevent shutting down XMR.

Even back in 2019, we were highlighting the importance of atomic swaps, revealing that Monero and other privacy coins have to integrate the ability to atomic swap without the need for centralized exchanges.

“Atomic swaps imply the fact that transactions and trading from one currency to another are made are extremely high speeds without the need for validation coming from third parties,” according to previous notes.

Well, what just happened now in the crypto space only comes to strengthen this statement and the need for atomic swaps.

This is the only way in which Monero could ensure a long and safe future in the crypto market.