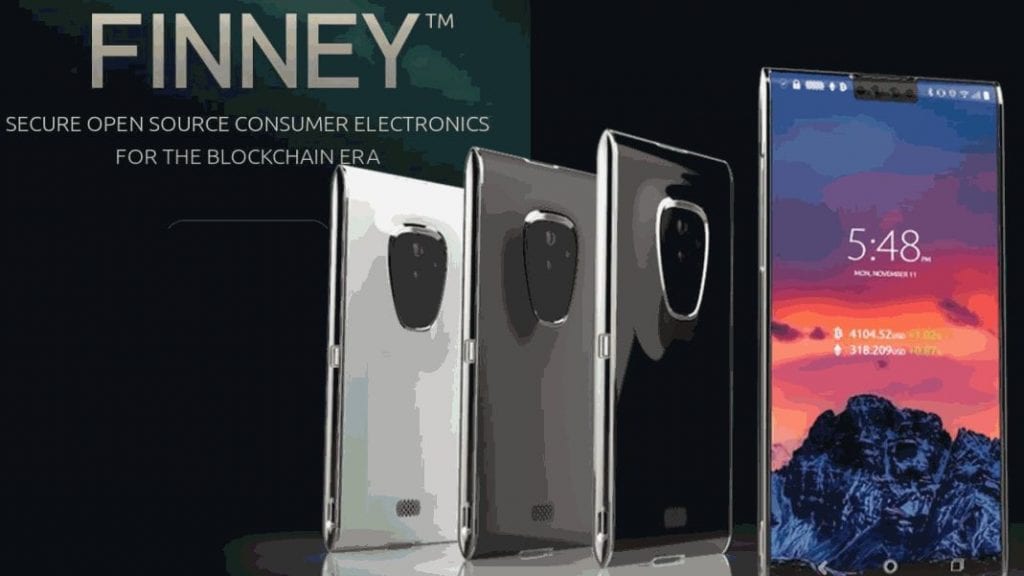 In the crypto space, security is probably the most important feature that everyone strives for.

SIRIN LABS is well-aware of this, and the company is currently developing FINNEY, which is the premier open-source blockchain-based smartphone with top-notch security features.

The best thing about the smartphone is that it comes with an embedded cold storage crypto wallet.

The company aims to bridge the gap between the blockchain economy and mass market by solving two essential issues in the crypto space: lack of security and user experience.

FINNEY phone will run the SIRIN OS, which is a modification of Android certified by Google. The phone features a cyber protection suite, a dApp store called dCENTER, the wallet functionality, and the Token Conversion Service.

The company managed to achieve various important partnerships from substantial names in the industry including Cardano and FIH (Foxconn International Holdings– makers of the iPhone, Xbox, and Kindle).

The company just announced who will be its official distributor of the FINNEY smartphone in Singapore: FRONTIER Technologies.

You may have heard that Singapore has recently updated its Data Protection Laws and Regulations in order to highlight even more the importance of users security and privacy.

Last month, the company opened the very first flagship store in Asia that attends the expanding demand for the FINNEY phone across Jaspan and Asia.

All the amazing features and functionalities flaunted by this device have helped boost its popularity this much.

FINNEY’s popularity is on the rise

The phone is priced at $999, and it’s aware online worldwide. The next-gen device is sold by resellers and partners in over ten countries.

CEO os SIRIN Labs, Zvika Landau, addressed the achievement and said: “Singapore is one of the most important markets that value privacy and security the same as SIRIN LABS does.”

He continued and said, “Our contract with FRONTIER Technologies will allow new blockchain initiatives to utilize the capabilities of FINNEY and the comprehensive SIRIN OS solution to support the market growth in Singapore.”