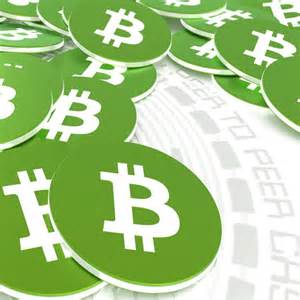 Bitcoin is without question one of the most amazing phenomenons in recent years. That said, Bitcoin has scalability concerns which developed critics for the innovation. This issue led to the formation of a brand new cryptocurrency named Bitcoin Cash on August 1st, 2017. The symbol for this new Bitcoin cash is BCC or BCH.

Since the creation of Bitcoin in August, a lot people having been asking what this new cryptocurrency means and how is it different from Bitcoin. This article will address all these unclear issues.

What is Bitcoin Cash?

Bitcoin Cash is a peer-to-peer electronic cash made for the internet. It is not connected to any central bank and does not depend on trusted third parties to function. It is created through a fork of Bitcoin network, anybody with Bitcoin at August 1st 2017 have the same amount of Bitcoin Cash on the block chain made for Bitcoin Cash.

In any cases where a third party is keeping your Bitcoin as a form of exchange, it is necessary for you to query the exchangers for details of your cash.

Bitcoin Cash (BCH) was created on 1 August 2017 by hard-forking the original Bitcoin (BTC) blockchain at block number 478,558. At this point the Bitcoin blockchain split into two separate chains, with the Bitcoin Cash (BCH) token effectively becoming a new “altcoin” (even though the idea was to make Bitcoin Cash the dominant form of Bitcoin). The reason for the hard fork was a disagreement among the leading developers on the issue of scaling the Bitcoin (BTC) software which, in its original form, could no longer cope with the ever increasing number of transactions. The new Bitcoin Cash (BCH) software has solved the scaling problem by increasing the block size to 8 MB (up from 1 MB in Bitcoin), thus improving the transaction speed dramatically. The Bitcoin Cash software does not have a centralised development system and it relies on several separate development teams which provide wallet clients; these include Bitcoin ABC, Bitcoin Classic, Bitcoin Unlimited and Bitcoin XT.

How is Bitcoin Cash different from Bitcoin?

Bitcoin Cash is a solution to the questions raised among the Bitcoin users about the right way to gauge Bitcoin for many users. The mechanism used by Bitcoin in solving this challenge is to upsurge the max block size limit factor in the Bitcoin codebase.

About Two million transactions can be processed per day for Bitcoin Cash because of the improved limit of 8MB while Bitcoin has a block size limit of 1MB and can only process around 250000 transactions per day.

The easily recognized difference between the Bitcoin and Bitcoin cash is the frontend when making use of any of the two cryptocurrencies.

What are the risks related to Bitcoin Cash?

Bitcoin cash is the permanent hard fork of Bitcoin.

Hard forks have two major risks associated with them:

This is when delay of data transfer that is spitefully repeated. If this explained with a block chain, it means moving a transaction that occurred in one block chain and then unkindly using it in a different block chain.

Replay attack is prevented by Bitcoin cash through defining an area of storage that has already been defined for sighash algorithm. Sighash algorithm prevents the repeat of dealings of Bitcoin Cash on Bitcoin or with the order reversed.

Taking charge of your personal keys will allow you to utilize these keys to generate transactions on any of the block chains without any problem.

Wipeout attack risks are not serious as that of replay attacks, because Bitcoin is a permanent fork. Although, there are cases where chain miners can attack each other.