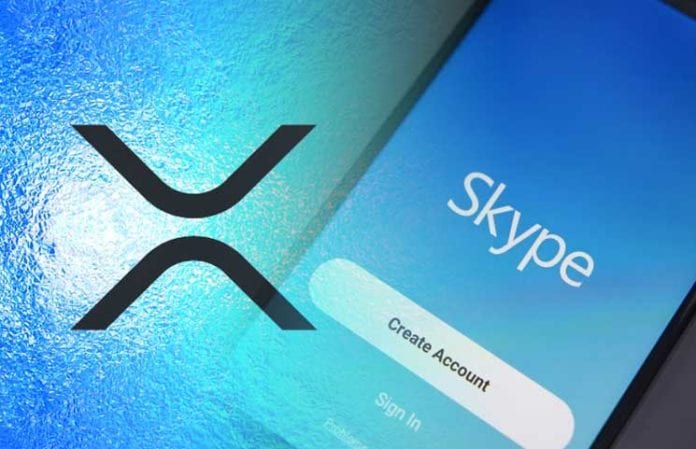 We already reported that XRP has been enjoying increased adoption via various integrations.

First of all, XRP has been recently integrated into WooCommerce which powers about 3.3 million online stores, and this definitely boosted adoption of the coin.

Ripple’s digital asset has also been integrated into Microsoft Outlook and Gmail as well where it can be used for micropayments.

And then, the Uquid startup which allows customers to pay for goods and services with digital assets has announced that customers will be able to use XRP for payments.

Weiss Ratings financial assets rating agency recently tweeted that Microsoft’s communication app Skype could also be integrating XRP into its platform in order to allow users to tip each other and send microtransactions via the XRP TipBot – exactly how it’s done via Gmail and Outlook.

#XRP may soon get integrated into #Skype, picking up access to 300 million users for their XRP #TipBot app to send messages to users. XRP TipBot already can be used with #Outlook, #Reddit, #Twitter, #Gmail. #moreAdoption

You may recall that Weiss Ratings has released a report earlier this year that was rating a few digital assets in terms of adoption and technology used.

Bitcoin was with XRP and EOS at the top of the list, and Ethereum was next in terms of technology and adoption.

Regaring the implementation of XRP into Skype, we already reported that the XRP community has been pushing for this for a while.

Seeing Weiss Ratings’ prediction the XRP community of fans became more excited than ever being confident that the digital asset will soon see integration into Skype as well. ‘XRP adoption is spreading like wildfire,’ a fan said.