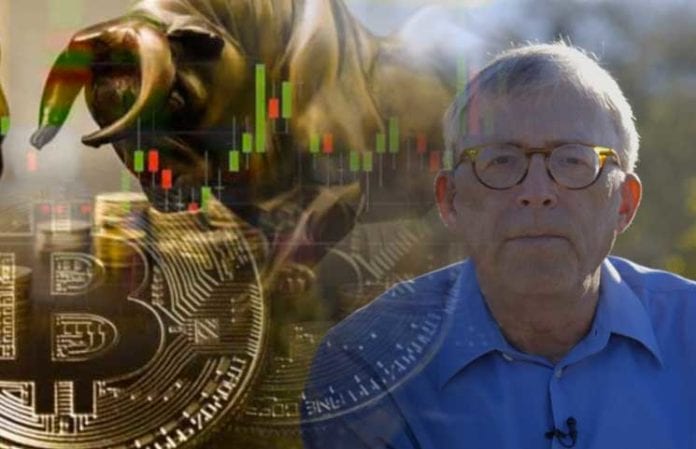 The Bitcoin-related price predictions seem to be intensifying these days after the most important coin in the market surged so much.

Since April, BTC surged a lot, and it’s currently trading in the red on CoinMarketCap. It’s priced at $7,898.57.

To be more precise, since the beginning of April this year, the most important coin in the crypto market was able to surge from $4,200 to a new peak for this year of $8,350.

This was a gain of 100%, and it seems that the coin is now gearing up for another surge.

Now, the strategist whose popularity surged to the moon after he called Bitcoin’s crash back in January 2018 said that he believes investing in BTC is now a no-brainer with massive upside for smart traders.

The Daily Hodl reported that Peter Brandt told  BLOCKTV Bitcoin has a 50% chance of total failure and a 50% chance of entering a new parabolic rise that could bring the price of BTC from $50,000 to $300,000.

Brandt also said that it’s a no-brain decision from a trader’s point of view because it’s an asymmetrical trade.

He said that if you manage the trade correctly, there’s a relatively low downside risk.