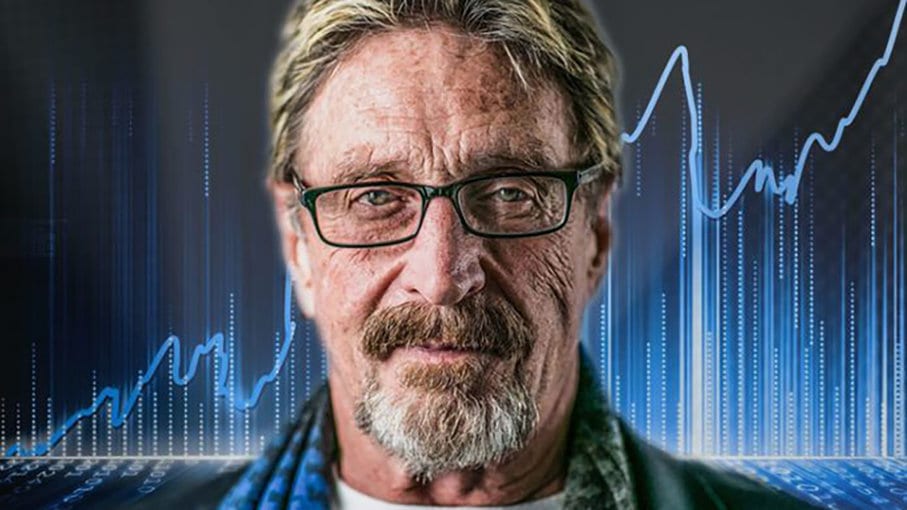 John McAfee is a true altcoin believer, and a few weeks ago he said that privacy coins would definitely be the future, the next big thing.

CCN reported that specifically pumping coins in the medical field and privacy coins will be successful.

He doesn’t promote a specific coin; he doesn’t even promote Verge, which used to be a coin that was called DogeCoinDark.

Privacy is an important aspect in the crypto space

Privacy is an important matter, and he believes that the more famous you are, the more you wish to transact privately.

In other words, the higher a risk you are, the more you 3want to keep your transactions private.

When he speaks about the privacy coins, McAfee refers to a growing category of cryptos that aim to be private and fast.

CCN wites that Monero is the leader in “privacy coins.”

They also note that this is still an emerging field which includes various contenders and more to come.

The prices of many solid alt coins were hit ten times as bad as Bitcoin during the Bear market, yet many are based on sound economics, especially in the Medical field and in the Privacy coins which we all know will be the big winners. Privacy coins are the future.

I never promoted Verge. I said one time only, when Verge was at half a cent, that it could eventually rise to two cents. That's all.

“With chains like Monero, it can further be made difficult for exchanges and others to determine the origin of coins. That ultimately makes such chains very useful to people who are transacting with privacy coins out of necessity,” CCN says.

It’s been reported that Monero is going great, and even if the price fluctuates these days, it seems that more and more investors are interested in the privacy-oriented coin.

Monero also had some vulnerabilities which were disclosed by the developers, but the team managed to fix the flaws.