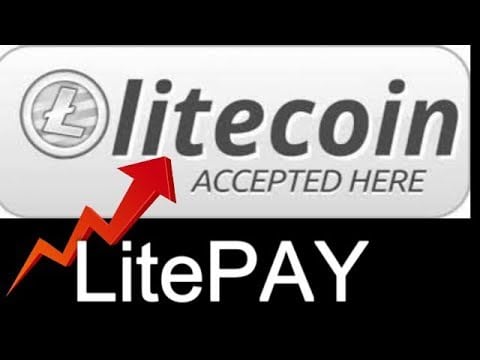 Litecoin’s (LTC) Litepay was meant to be released on 26th February in an event that was dubbed as revolutionary and bridging the gap between cryptocurrency and regular day to day spending in a normal fiat economy. A fiat economy is one that is backed by the respective central bank of the issuing country. Examples of fiat currency are the United States Dollar, The Indian Rupee, European Union Euro and South African Rand. Litepay was meant to bridge the gap between cryptocurrencies – using Litecoin as the base crypto in the platform – and the fiat currencies mentioned above and the many more available around the globe.

The anticipation of the release had propelled Litecoin (LTC) to levels of $233 on the scheduled day of release. However, the team at Litepay and Litecoin (LTC) sent out an email notifying preregistered users of the platform, that release was going to be postponed indefinitely. It was later revealed that the Litecoin team was having a hard time finding a payment card provider that was lenient towards cryptocurrencies. Such card payment service providers include the famous VISA and MasterCard.

Since the indefinite postponement of the Litepay launch, the value of Litecoin has dropped 33.4% from the peak value that February morning of $233 to a current trading value of $155 at the moment of writing this.

In the case of Litepay lacking a payment card provider who would back their platform, Mastercard has come out openly and declared, through a statement, that it will only support State Issued cryptocurrencies and none of the current crypto in the market that support anonymity by abiding by the Satoshi principle of decentralization.

Mastercards idea is for using central bank issued cryptocurrencies in the future. This means that the only coin that can qualify to be used on their card services, is Venezuela’s and  President Nicolas Maduro’s Petro. The partnership between the Petro and Mastercard is highly unlikely due to current political tensions between Venezuela and the United States. This is because Mastercard is a company that has been incorporated in the United States. I am sure the US Government will have something to say about any attempts of a partnership between the two.

Perhaps one way of Litepay to get around the stiff Mastercard requirement, is the endorsement of Litecoin (LTC) by a very liberal American State such as California or Washington (Seattle). The United States constitution allows for States in the Union to make their own laws. Perhaps it is time for California or Washington to embrace Litecoin as an alternative to the dollar. I doubt this will cause the Federal government to send in the National Guard for there is no legislation for Cryptocurrencies in the current American Constitution. This is a loophole that can be explore. Or if you want to use computer programming terms, this is is a bug in the American Constitution. (Please note I am not a lawyer.)

It is also highly unlikely for Mastercard to partner with any current cryptocurrencies due to the fact that the card payment service provider, recently filed a patent for instantaneous payments using blockchain technology. This does not necessarily mean that Mastercard wants to issue its own ICO. This means that the back end settlement software they want to implement, will be on their blockchain.

Mastercard’s instantaneous payment settlement idea is not that much different to products already available through the Ripple Network. Ripple has three such solutions: xCurrent, xRapid and xVia.

In conclusion, Litepay has two options moving forward. The first, is to get the backing of a government somewhere in the world. One option would be to explore options such as Vanuatu, Panama or even the Autonomous territory of China known as Macau. Another option for Litepay is to completely forget Mastercard and go back to the drawing board and design a platform similar to that being offered by Crypterium. A partnership between the two projects – Crypterium and Litepay – would be a perfect solution that would show Mastercard and Visa that they are not the ‘prettiest girls at the party’.