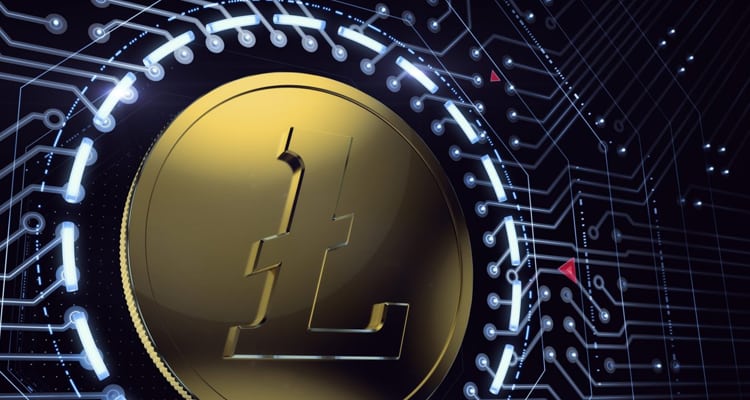 New markets can be fickle.  Superior technology has historically been thrown to the wayside to make way for that of greater mindshare.  Think VHS vs Betamax or the Nintendo 64 vs Sega’s Dreamcast.  These competitors are often terminated, abandoned and then soon forgotten. Bitcoin will not be soon forgotten; it has become synonymous with the very idea of cryptocurrency.  And if Bitcoin is the manifestation of cryptocurrency as an idea, then Litecoin is that theory fully realized.

Litecoin has an attractive premise.  It means to compliment Bitcoin instead of compete with it, realizing the inherent value that it’s bigger brother now demands.  It’s creator Charlie Lee, an early cryptocurrency adopter and former Director of Engineering at Coinbase, has become a community Prophet, a bringer of good news.  His tinkering with Bitcoin codebase and eventual creation of Litecoin was the product of wanting to, as he’s stated, create a silver to Bitcoin’s digital gold.

And that’s exactly what he did.  But one of Litecoin’s most attractive qualities as of right now may not be its objectively superior tech, but rather the seemingly lower barrier to entry for speculative investors.

It is not uncommon for Coinbase, possibly the most well=known exchange for trading Bitcoin, Litecoin and Ethereum, to add over 100,000 new users in 24 hours when prices of Bitcoin surge.  But when new users are faced with the purchase of an $8000 Bitcoin or a $70 Litecoin, there will be many who choose the latter.

Speculators, rest easy.  With a November 2016 price of under $4, Litecoin has risen well over 15x in the last year, currently holding a price of $70 and a market cap that puts it currently in 5th place amongst top cryptocurrencies.

But how will it compliment it’s bigger brother? Litecoin will compliment Bitcoin by offering lower transaction costs at faster times than it as well as recently becoming cross-chain atomic-swappable for easier access to and from your digital gold.  Want to buy a house? Use Bitcoin.  Want to buy a couch for that house?  Or a sandwich?  Litecoin.  This is it’s use case.  Think of it like silver, like cash (not to be confused with Bitcoin Cash, God forbid), like pocket change – however you think of it, realize how necessary it may become.

Simple to understand and urgently demanding adoption with Bitcoin transactions lately becoming astronomical relative to the amount of money being sent.  We’re talking $4 to send $42 wallet to wallet, having even gone down since, “The Flipping” happened about two weeks ago.  The flippening, for the uninitiated, happened when large players in the Bitcoin and Bitcoin Cash communities discussed the possibility of adopting Bitcoin Cash (a hard fork of Bitcoin) as the true Bitcoin.  It failed.

No doubt Litecoin’s biggest competitor for that figurative crypto-cash spot right now is Bitcoin Cash, which currently holds the number three position in market cap.  But where Litecoin succeeds in hoping to compliment Bitcoin’s success and being forever tied to it, Bitcoin Cash fails as it tries to compete with it in name and function, less the best parts of it – decentralization and egalitarian spirit.

So Litecoin rides the golden coattails of Bitcoin mania.  It compliments, instead of disrupting.  It improves without changing concept.  Like Blu-ray did for DVD.  But as we watch these markets begin to mature over the course of the next few years, it will be fun figuring out who is the HD DVD, who will fade, be terminated and then soon be forgotten.