After the cyber attack that affected Bithumb cryptocurrency exchange platform in mid-June, causing losses of about $31 million, the crypto trading company announced that Monero (XMR) deposits and withdrawals resumed on Bithumb.

Bithumb is a South Korea-based cryptocurrency exchange platform and is one of the leading trading platforms in the country and the world, as well. However, the platform got hacked in mid-June, an event that forced it shut down its operations on June 19th.

Luckily, Bithumb addressed all the security issues and announced a week ago that all the deposit, withdraw, and trading activities on the cryptocurrency exchange platform would resume on August 4th. Even more, since the cessation of its operations, the company recovered and refunded half of the stolen cryptos.

Monero (XMR) deposits and withdrawals resumed on Bithumb, along with operations in other cryptocurrencies, as well 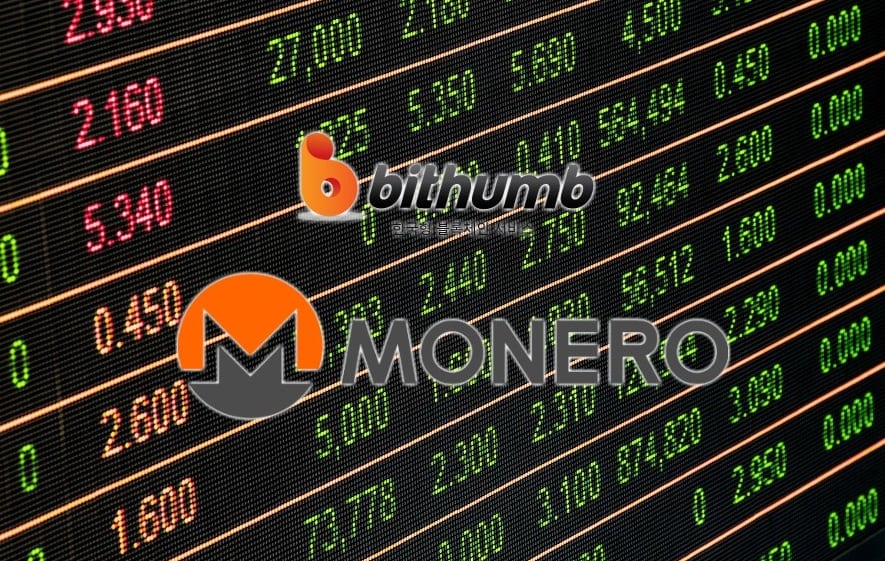 The South Korean company stated that they chose to resume only the operations in the before-mentioned cryptocurrencies because the other 25 cryptos have unstable prices on the platform, for the time being. When the prices would stabilize, Bithumb will also resume deposits and withdrawals in the remaining digital assets, as well.

Yesterday, Monero (XMR) plummeted to $102 after shedding more than 11%. However, the downtrend continues for the XMR as the crypto is following itself the recent drop in the cryptocurrencies market.

On the other hand, after losing its position in the market as Ethereum Classic (ETC) skyrocketed recently, Monero (XMR) recovered to the 12th place in the cryptocurrencies market with a market cap of about $1,63 billion.