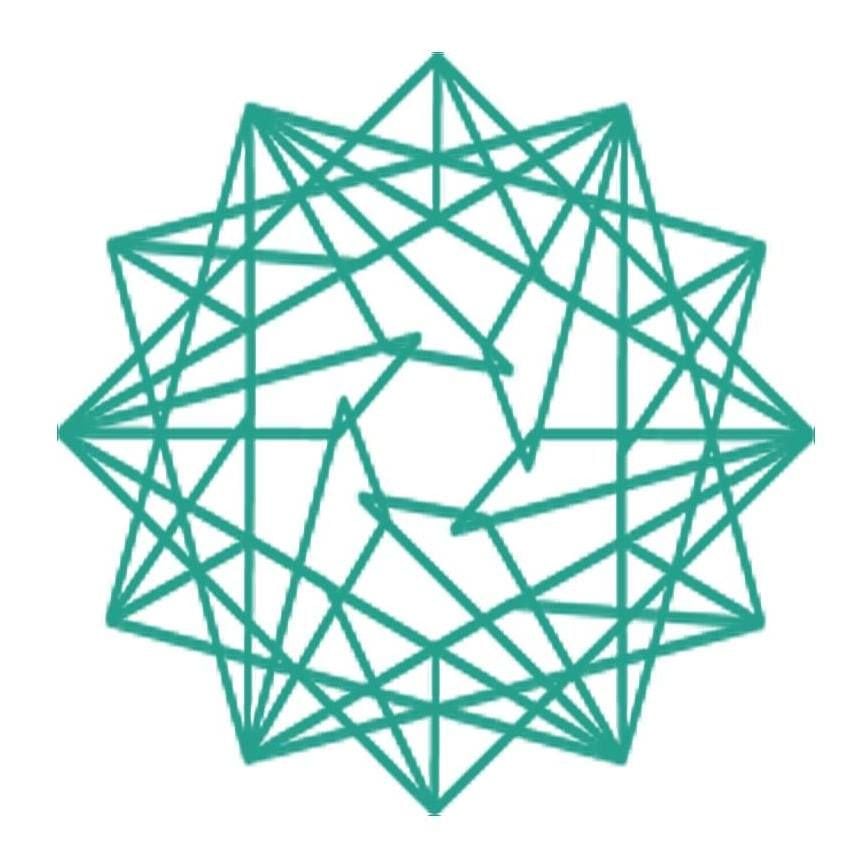 Power Ledger (POWR) There are many brilliant ideas that are being born from blockchain technology.  Some uses make a lot of common sense, like distributed file storage, public databases for mortgage titles, and especially Bitcoin, the original use, as a trustless, decentralized, and immutable money.  However, there are just as many bad, worse, and outright obvious scams out there.  Throw in a lot pie-in-the-sky ICO projects that have good ideas and intentions, but won’t be able to execute, or are in too competitive an area (gaming/storage), and you’ve got the makings of something very close to the internet bubble.  There will be a bursting of the bubble, but the winners out of the rubble will be humongous.

When deciding in which tokens to invest in there are a myriad of factors to consider.  Understanding the actual issuance of the token, to the future supply of tokens and how it is distributed, and what purpose it serves is just scratching the surface.  Judging the way the token creates value, and in what industries, and how disruptive it is, are all part of the value equation. Many current ICO’s are raising so much money that the value of their tokens is disconnected from any value the tokens could hope to generate in the near future, and is an example of the classic winner’s curse.  Some tokens, however, are undervalued compared to their opportunity set, and are being run by competent teams with a lot of expertise and backing.  Power Ledger falls into this category.

The majority of the world uses both money and energy on a daily basis.  We are well on our way to decentralizing money, but the decentralizing of electrical power and energy transmission is just beginning. Utilities are critical, centralized elements in almost all developed parts of the world and a considerable risk. Figuring out a way to decentralize and fairly distribute energy is important and challenging, and that is exactly what Power Ledger plans to do. 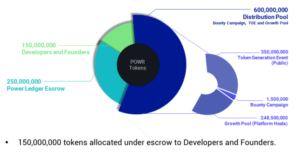 The distribution of the Power Ledger token event is shown in the chart above.  I think that the distribution choices are thoughtful, with a 25% of the total token to developers and founders, and close to 60% being allotted to investors. The “Developers and Founders” allocations are being subject to 6-18 months escrow, depending on meeting certain performance metrics.  This creates a strong incentive for management work on the long-term success of the model and creates reasonably long-term alignment of the team.

The team itself is being run by Dr. Jemma Green, a former financial industry worker, who, over the past 5 years, has been working on projects and research involving photo voltaic systems and blockchain integrations.  It’s hard to believe, but many ICO’s have extremely poor transparency when it comes to basic information, such as who is working on the project.  Frequently, developers are listed as anonymous, and advisors aren’t even aware their likeness is being used on a project’s website.  In the case of Power Ledger the team members are listed clearly with described roles, and hyperlinks to their LinkedIN pages and other social media are available.  This team is experienced, seasoned, and driving for a goal that is easy to understand, and impactful.

The roadmap for the project is ambitious, and looks out significantly into the future.  It includes P2P trading, neo-retailer, micro-grid functionality, wholesale market settlement, autonomous asset management, distributed market management, and channels for electric vehicles and carbon trading.  The price has recently been surging as the potential is being realized by investors and is currently around .60 a token, having already rallied strongly recently.  That said, with a strong team, and large market for adaption, it is quite possible there is still further upside, especially in the long-term.

Facebook Messenger Competitor - Mixin (XIN) Messenger with a Wallet Inside

Why Power Ledger (POWR) Could Quickly Become a Top 10 Coin

Searching for the next Ripple (XRP) with Hirematch.io (HIRE)