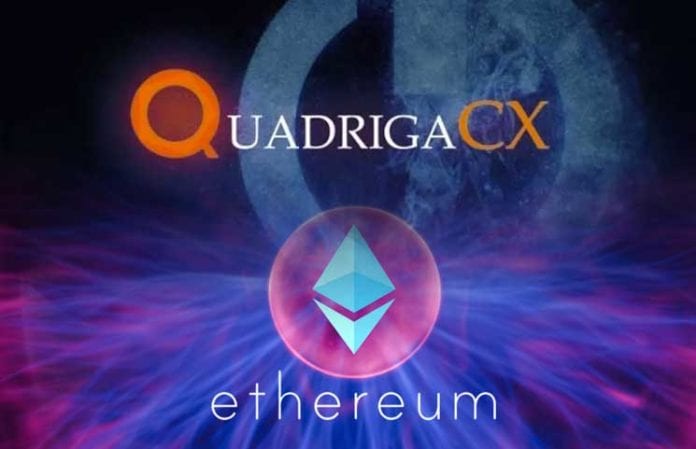 Remember the Canadian crypto exchange that was utterly struck by the most unfortunate event?

QuadrigaCX is Canada’s largest exchange had bad luck a while ago.

After CEO Gerald Gotten died the past December, the exchange was not able to access the password or recovery key, reports The Guardian.

“About $190m in cryptocurrency has been locked away in an online black hole after the founder of a currency exchange died, apparently taking his encrypted access to their money with him,” the online publication wrote.

Investors in the exchange were not able to access their funds.

We also reported that Justin Sun helped one of the ex-employees of BitTorrent who also lost all of his life savings after the tragedy that happened with the crypto exchange mentioned above.

Sun offered the man a job at BitTorrent once again.

Tong Zhou was an ex-@BitTorrent employee and I am saddened by the news of the loss of his life savings in Quadriga CX's digital EX. I sympathize with his predicament and would like to hereby extend an offer to him to once again return to #BitTorrent. #TRON https://t.co/TFh41DWD77

600k ETH has been reportedly located

It seems that about 600,000 ETH linked to the crypto exchange has been reportedly located.

New research that has been revealed by the crypto outlet Zerononcense using data from Kraken CEO Jesse Powell and MyCrypto CEO Taylor Monahan, claims there is a “very strong possibility” that the deceased CEO of the exchange stored vast amounts of ETH on the crypto exchanges Kraken, Bitfinex, and Poloniex.

This means that the CEO Gotten used these exchanges to store his clients’ crypto instead of using cold storage, as reported by the Daily Hodl.

“Based on the transaction analysis included in the report, it appears that a significant amount of Ethereum (600,000+ ETH) was transferred to these exchanges as a means of ‘storage’ during the years that QuadrigaCX was in operation and offering Ethereum on their exchange.”

Now, Kraken is urging the whole crypto community to listen to a few discoveries that they present in a video to be able to solve this mystery of the missing crypto.