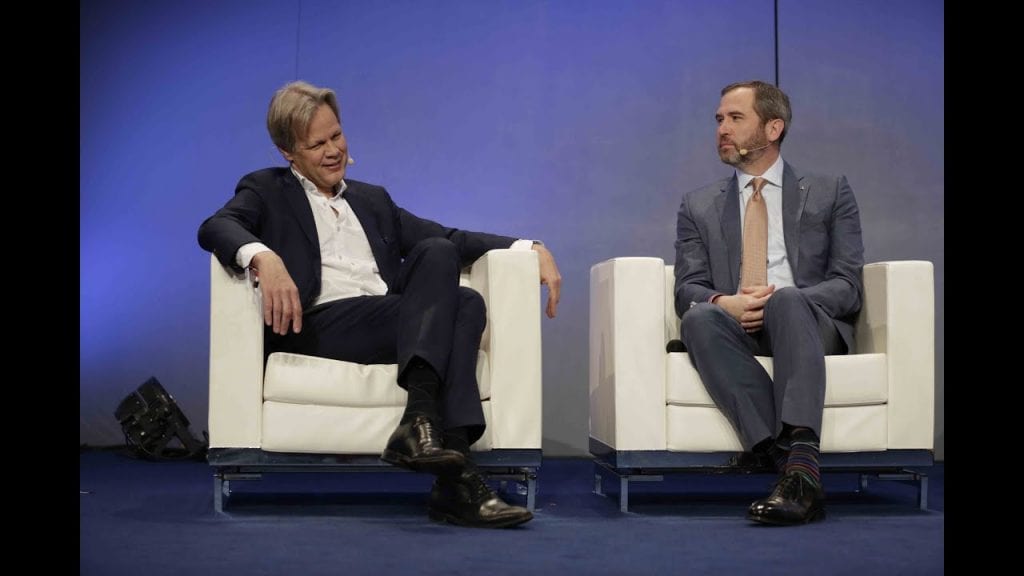 SWIFT’s CEO Gottfried Leibbrandt will be stepping down in June from the position that he’s occupying in the traditional payments system.

During a Paris FinTech Forum 2019 that was held a few days ago, Ripple’s CEO Brad Garlinghouse kept an open offer for the SWIFT’s CEO.

Potential collaboration between Ripple and SWIFT?

More than that, Garlinghouse sparked speculations about the much-anticipated partnership again.

Ripple’s CEO said that there are ways in which Ripple could work with SWIFT, Smartereum reports.

The moderator asked him to share his experience and the legacy that will be moving on.

The man answered and said that GPI is a big part of the legacy which would transform the banking industry and while he was speaking, Garlinhouse just offered him a job. He said, “Ripple is hiring.”

Ripple is on a hiring spree

As we also reported Ripple is indeed hiring these days.

Ripple is currently also focused on hiring developers who can help its customers integrate the company’s products, xRapid, and xCurrent.

Ripple’s director of talent Jim Chauncey-Kelly, the new hires are vital as the company builds strategic partnerships around the world.

“Right now, roles that I’m thinking of that are quite critical are integration engineers. That role essentially helps our customers on-site implement our products globally.”

You can see for yourself Ripple’s job openings.

More than that, Garlinghouse just welcomed Stuart Alderoty, veteran legal expert and former General Counsel at CIT and HSBC on board.

Now, getting back to the panel, moderated by CNBC’s Elizabeth Schulze, the panel was really exciting as both CEOs argued over the future of cross-border payments and the financial system in general.

Specifically, the panel was scheduled with the main focus on the topic about finance – ‘Let’s Send the Money’.