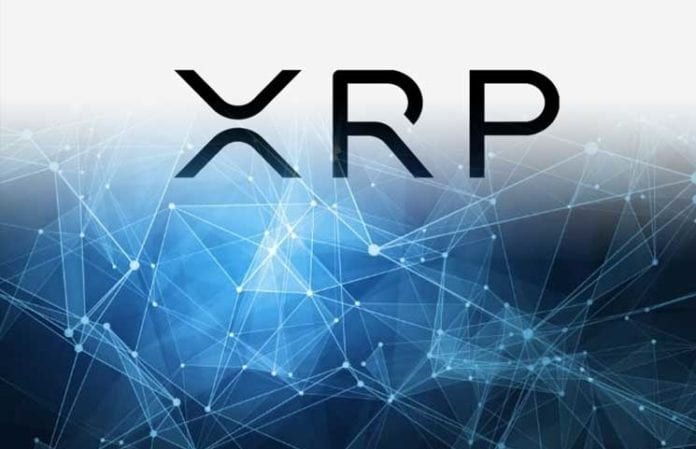 Ripple’s digital asset XRP had dropped to $0.3175 on Sunday before it recovered towards $0.3200 during the early Asia hours on Monday.

There was also a video where a user buys some XRP coins with his debit card and sends them to TrustWallet.

Ethereumexchangeguide also confirms the news, writing: “There is video footage of a Ripple user purchasing XRP with a BelcoBTM cryptocurrency ATM, in New Jersey. XRP was transferred to a Trust wallet by the user.”

The firm tweeted: “Fees are a little high but still #XRP in an ATM is a gamechanger, glad to be from the first users of this service. #xrpcommunity #xrparmy #xrpthestandard #xrpthebase”

The XRP community says that this move is definitely a game changer and they have expressed their hope that this option will also become available to crypto ATMs across the whole country.

A lot of users have been saying that ATMs make it much easier and faster to conduct crypto transactions even if the fees may be a bit higher indeed.

This move shows how XRP could make another step towards mass adoption.

Ripple has been making enhanced efforts in order to boost XRP, and the truth is that the coin has been enjoying increased adoption via more achievements during 2019.

Just bought $xrp in NJ from one of @BelcoBTM atms to @TrustWalletApp, ATM is fast and easy to use, Fees are a little high but still #XRP in an ATM is a gamechanger, glad to be from the first users of this service. #xrpcommunity #xrparmy #xrpthestandard #xrpthebase pic.twitter.com/ys2Md7aw6T

XRP gets closer to mainstream adoption

XRP has been enjoying enhanced adoption via various integrations.

First of all, XRP has been recently integrated into WooCommerce which powers about 3.3 million online stores, and this definitely boosted adoption of the coin.

Ripple’s digital asset has also been integrated into Microsoft Outlook and Gmail as well where it can be used for micropayments.

And then, the Uquid startup which enables people to pay for goods and services with digital assets has revealed the ability to use XRP for payments.

More than that, XRP could also be integrated into Skype, according to more reports.