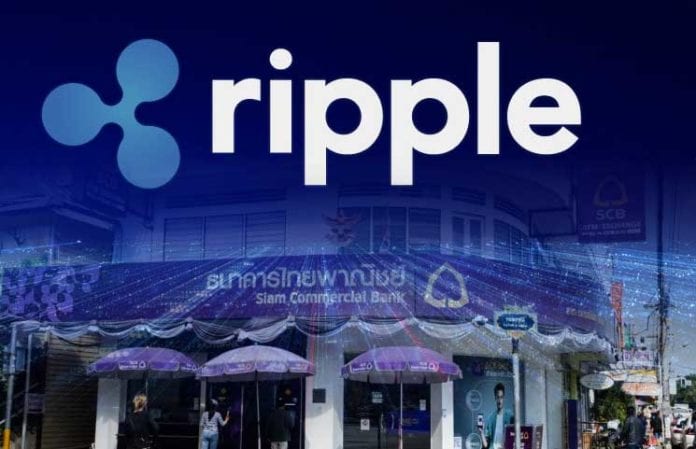 Ripple CEO Brad Garlinghouse stated that one of its Asian partners is now using crypto to power their cross-border payments.

We’re referring at Siam Commercial Bank which is already using Ripple’s product xCurrent in order to power real-time payments between Japan and Thailand.

During the Singapore FinTech Festival, Ripple’s CEO stated that the bank takes things to the next level, basically hinting at the fact that they could also be using XRP.

“One bank that I’ll highlight that has certainly been aggressive and progressive in their approach is Siam Commercial Bank in Thailand. And the work they’ve done is setting them up to be a next-generation hub. As some in the correspondent banking community retract from some parts of the Southeast Asian market, Siam Commercial is actually solving that and using blockchain and even using digital assets to help solve that problem,” Garlinghouse said.

According to him, crypto and the blockchain technology have the ability to provide banks and financial institutions with the freedom to move money around the world without having to own massive amounts of cash sitting in pre-funded accounts.

Ripple‘s Garlinghouse highlights that the speed and the dynamics that are solved from the transparency of a better messaging system are extremely important.

But on the other hand, he said that he believes that it’s more important to enjoy liquidity.

He also said that there are almost $10 trillion parked as pre-funded accounts all over the globe so the banks can debit and credit while at the same time make the cross-border payments work.

He also came with the solution to all of this and say that Ripple has a product that allows financial institutions and payment providers to NOT pre-fund. This will be making the trillions of dollar active.

Accelerating the global engine of commerce

Garlinghouse also said that this way they are accelerating the “global engine of commerce” in a great way for corporations. Consumers will also see benefits at the remittance level.

Back in October, Siam Commercial Bank revealed that they were working to build a new payment hub using Ripple’s tech.