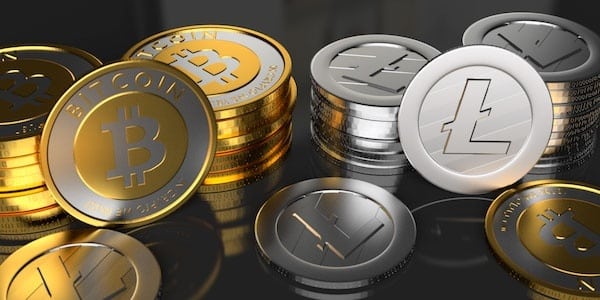 With Bitcoin breaking over $10,000 USD, interest in peer-to-peer digital currencies is at an all-time high. As the original cryptocurrency, Bitcoin has a strongly established market dominance. It is the godfather of all cryptocurrencies. Newcomer Ethereum has quickly gained the number two spot, brought on innovation with smart contracts and a network for developers to build apps on, which expands the potential use-cases of blockchain technologies beyond just currency. So, then what is Litecoin (LTC) and why does it exist?

Litecoin is one of the earliest cryptocurrencies ever created and billed itself as the “silver” to Bitcoin’s gold. Its code was shared on GitHub in October of 2011 by Charlie Lee, a former Google employee and blockchain developer. It first reached a market cap of $1 billion by the end of 2013 and is currently at a market cap of over $5 billion, with each coin priced around $97 USD at the time of writing. Founder Charlie Lee was the Director of Engineering at Coinbase, the largest cryptocurrency exchange, which has more users than stock brokerage Charles Schwab. However this past June, he left to focus on Litecoin full time. Since then, Litecoin’s value has more than tripled in value reaching $100—a historic high.

Despite that fact that Lee resigned from Coinbase to fully commit to Litecoin (LTC) brought excitement and growth, coupled with Bitcoins enormous run drawing more attention and investments into the crypto market, is there any real need for Litecoin? Isn’t it just a knock-off of Bitcoin?

What makes Litecoin unique is the incredibly low transactions fees and the fast speeds. This means that Litecoin can handle all the daily micro-transactions, like buying a coffee or a pack of gum, that wouldn’t make sense with Bitcoin’s fees. Litecoin fees are $0.01 USD and funds are sent instantly. Since there will only be 21 million Bitcoin ever created and an estimated 4 million have already been lost, there is a large demand for Bitcoin which will likely keep sending the price up over time. Eventually as adoption increases, the network will become too expensive to be used as everyday currency, which is part of the debates over these recent forks. Litecoin is poised to help with those problems.

With the recent Bitcoin Cash fork adding the lightning layer to the original Bitcoin code that allows for cheaper transactions, many people worry that Litecoin will not be as relevant. However, due to the fact that Litecoin is one of the oldest cryptocurrencies, has a very involved founder backing it, as well as a large community of users and miners, it is unlikely that Bitcoin Cash will replace Litecoin but it will be a competitor. The real challenge for Litecoin will be getting adopted by businesses that will start to accept it as currency. If Litecoin can continue to establish itself as a complement and solution to Bitcoin’s problems, which Lee has been adamant about doing, then it can have an incredibly successful future.

For those that view Bitcoin as digital gold and a highly effective store of value, it makes perfect sense that a coin like Litecoin would be used as an everyday currency. The Litecoin team has worked to make this a reality by implementing a new technology called “atomic swaps” that allows switching between Bitcoin and Litecoin seamlessly without the need for an exchange. This cross-chain connection between Litecoin and Bitcoin is a major development for cryptocurrencies. This means individuals could store large sums in Bitcoin while using Litecoin—with its fast and cheap transactions—to buy everyday things their phones. Essentially, one could view their Bitcoin as gold reserves stored away in a vault while their Litecoin are silver coins they take out to make purchases.