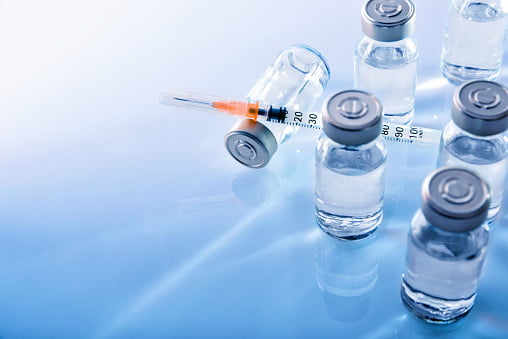 Bitcoin (BTC) – As widely reported: “Anonymous bitcoiners are taking the search for a coronavirus vaccine into their own hands – bypassing academia, pharmaceutical companies and the U.S. Food and Drug Administration (FDA).”

As coronavirus continues to wreak havoc on a global scale there is a new “biohacking” effort underway led by a little known group called CoroHope which is crowdsourcing bitcoin (BTC) donations to fund its search for a cure for coronavirus. The group says it has a biologist on board with 10 years-experience building similar vaccines for the FDA. While this might look like a scam at first glance there are prominent community members such as Blockstream co-founder Mark Friedenbach vouching for CoroHope

It is not a scam.

According to the document published by CoroHope titled CoroNope: a crowdsourced SARS-CoV-2 vaccine:

“While 2019-nCoV has not officially reached pandemic status as of this writing, development of an affordable and accessible vaccine is a high priority. Our approach is outside of academia and the pharma industry, offering an alternative that might otherwise go unexplored. For between $10-25 we are proposing to develop a plasmid DNA vaccine against the SARS-CoV-2 virus. This initial funding will allow us to design and synthesize the plasmid, perform preliminary testing, and send it out to interested labs.”

CoroHope says its goal is to develop a potential vaccine, first by designing the necessary protocols and components, and subsequently by manufacturing it themselves. The group says that Any DNA sequences and hardware it develops during this project will be made publicly available and accessible under permissive licenses like the Creative Commons BY SA 4.0 license or placed into the public domain.

“Cryptocurrency is uniquely able to help with this problem because, like us, it’s outside the traditional system. The original backers are bitcoiners, and we’d love to keep working with bitcoin and bitcoin developers on this problem. We need all the help we can get,” a CoroHope spokesperson told CoinDesk by email.

The group sees the FDA as a potential hindrance to finding a vaccine for the rapidly spreading coronavirus because the agency has a stringent approval process that, to the biohackers’ minds, doesn’t necessarily benefit the public.

The CoroHope spokesperson continued: “FDA-compliant manufacturing is absurdly overregulated: paperwork for the paperwork, quadruple-checking, endless committees … just the worst of bureaucracy. So we can be more-nimble,” the spokesperson said.

They noted that it took the World Health Organization (WHO) until Wednesday to declare the coronavirus a pandemic, “which will end up having cost thousands of lives due to continued complacency around the world. Unfortunately, COVID-19 is a global pandemic and frankly we’re not interested in waiting for regulations to try to do good work.”  When asked for comment neither the CDC or the FDA had any response.

Corohope has a plan; it is attempting to create a so-called plasmid vaccine and stated they have a person in an experimental “wet” lab, with another “standing by” if it receives enough crowdsourced donations, as well as a few people on the “non-biology side.” The group says it plans to put into the public domain any DNA sequences and hardware it develops so anyone can inspect, modify or use them, much like open-source software.

In their document; CoroNope: a crowdsourced SARS-CoV-2 vaccine they state: Once we have the plasmid assembled, the next step is to produce it in bulk. The usual host strain of E. coli for this is DH5-Alpha*, which has a number of mutations that make it ideal for plasmid production. After the plasmid is transfected into these cells, they can also be shipped (in a stabilized form) to any other interested lab, which is as close as biology gets to open source.

The first step is expansion of the bacterial cells in growth media; shaking flasks, heated to body temperature. After the cells have used all of the food energy in the media to grow and produce our plasmid, they are spun down in a centrifuge. At this point, we can source commercial purification kits known as Endofree Gigapreps, from a number of companies. With equipment available at any biology lab (centrifuge, freezer, micropipettes, biosafety cabinet, vacuum pump) these kits can turn a pellet of bacteria into purified plasmid in a couple of hours.

At large scale, however, we would be able to produce several grams of plasmid vaccine per day. By utilizing a bioreactor to grow bacteria at a far higher density than is achievable in flasks, and purifying the plasmid with a fast protein liquid chromatography (FPLC*) machine, yields can be increased by several orders of magnitude. A bioreactor* replicates the same basic functions as a shaking flask: agitating the media to disperse the cells and promote aeration, and maintaining the temperature at which bacteria grow best. It also monitors the pH and oxygenation of the batch, while pumping in the nutrients and oxygen that the bacteria need to reach high densities. Thus, for the same volume, we can grow 20x the bacteria, and by monitoring the growth conditions, the bacteria are less stressed and produce more plasmid.”