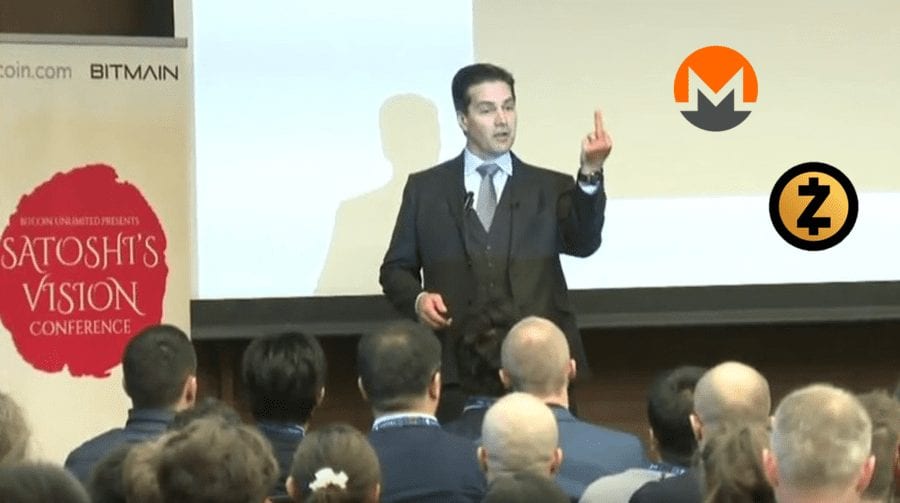 Craig Wright is back, and this time he’s eyeing the privacy-oriented coins.

After claiming that he’s the creator of Bitcoin, Craig Wright, computer scientist says that he’s out to destroy the anonymous coins Monero and Zcash.

Wright claims he knows how to kill XMR and ZEC

The online publication continues and writes that if Wright is correct, then this is pretty sad news for the dark web traders and hackers.

They reportedly prefer XMR over Bitcoin due to enhanced protection.

Here’s what Craig Wright posted on Twitter a few days ago:

“I would rather teach the Feds how to stop this than help a bunch of losers help criminals.”

We recommend that you head over to CCN’s original article and read the whole Monero-related debate.

In more positive news about Monero, it has just been updated, and even if it seemed that there had been some troubles with the hash rate, things would settle eventually.

Monero managed to successfully complete the update which included tweaks to the PoW algorithm for better ASIC-resistance, some changes to mitigate big bang attacks and enhanced transaction homogeneity to improve privacy even more.

The Monero update was a successful one, but it seems that the hash rate of the XMR network has been severely hit.

But according to Reddit, this is expected to stabilize in a few days, so it’s not too far-fetched to say that the update was a success overall.