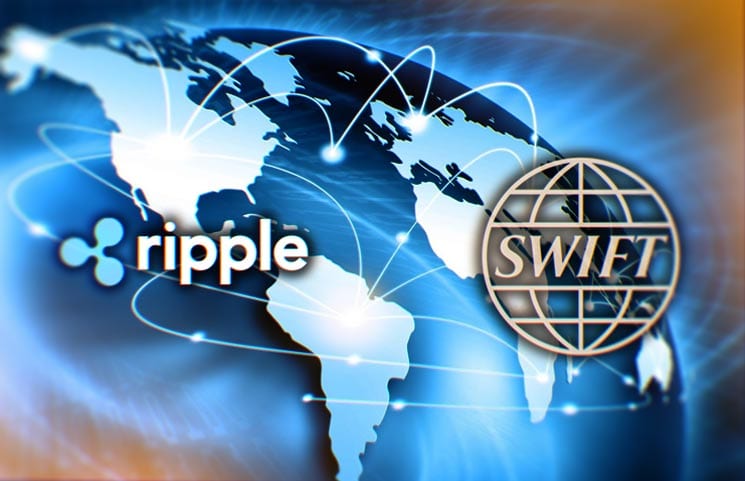 The San Francisco-based company has been making robust efforts to offer people fast, cheap, and secure cross-border transactions, and some entities have already ditched SWIFT in the favor of Ripple’s solutions.

You may recall the Euro Exim Bank is one such entity.

Smartereum recently debated whether Ripple is able to defeat SWIFT in the battle for the best system for cross-border payments.

There are a lot of movements going on in the crypto space these days with Facebook getting its Libra project ready and more institutions such as SWIFT, Visa, and Mastercard being compelled to enter the quest following transformations that have been taking place in the legacy financial system.

The competitors have to work in order to find advantages that will benefit the crypto space.

The cross-border remittance industry is looking at enhancing the speed of transactions, security, and cost-efficinecy of the platforms.

Smartereum notes: “The platform has to be swift, affordable and durable for its users. These are the three challenges faced by the companies seeking dominance in the developing payment sector. Recently, the Society for Worldwide Interbank Financial Telecommunications (SWIFT) attempted a new instant cross-border payment system that provides profound optimization swiftly.”

The online magazine mentioned above notes that SWIFT has its own weapons in the battle.

SWIFT’s scheme of modifying swift resolution ability via its Global Payments Innovation (GPI) can be seen as a Ripple competitor, they write.

The new system can reportedly diminish the cost of approval by financial institutions that use the model.

Head over to the original article for more details.

Other than this, Ripple has been in the news regarding a recently formed foundation called the XRP Community Fund which revealed the way that it plans to boost the adoption and development of the XRP ecosystem.

euro exim bankrippleSWIFT
Previous ArticleRipple About Facebook’s Libra: The Social Media Giant Might Have Sabotaged Itself, Says Ripple CEONext ArticleRipple Reveals The Vital Missing Ingredient For The Crypto Space In The U.S.