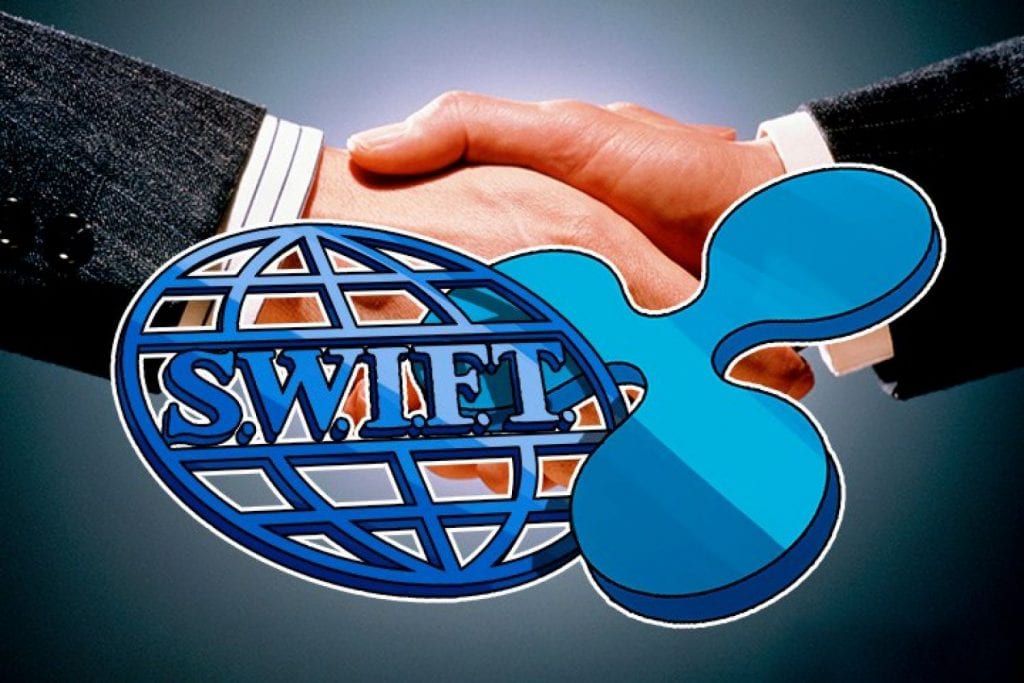 During 2018, there have been a lot of rumors claiming that the two rivals, Ripple and SWIFT might end up working together one day.

But Ripple made sure to slam those rumors and say that the company’s plan does not involve any partnerships with the traditional payments system. Ripple’s plan involved overtaking SWIFT instead.

Ripple to team up with SWIFT?

While speaking on a panel at the Paris Fintech Forum, Ripple’s CEO said that there are ways in which Ripple could work with SWIFT, Smartereum reports.

Brad spoke alongside the CEO of SWIFT – Gottfried Leibbrandt – who announced that the global payment system was collaborating with blockchain firm R3.

SWIFT is working with 11,000 financial institutions, and the system is currently moving about $200 billion across the globe daily.

The payments network is planning to link the R3 platform with Global Payments Innovation which is the new payments standard framework of SWIFT.

Garlinghouse did not stop there, and he also made sure to criticize the outdated system of SWIFT.

“Over time, I think decentralized systems are likely to win. I think that today that is not what SWIFT is,” he said.

He further added that “SWIFT today is a one-way messaging framework, it is not a liquidity provider.”

Garlinghouse also said, “When we think about an internet of value, it is a combination of two-way messaging frameworks – moving to a real-time chatting protocol if you will – together with real-time liquidity.”

XRP comes to 4,500 stores across the globe

XRP adoption is rallying these days, and the latest massive movement towards this goal has been that crypto processor CoinGate just launched support for XRP.

Big news for #XRPcommunity and our merchants alike! We launched native $XRP support to our customers, meaning #XRP is now accepted as payment at thousands of vendors across the Net. Proceed to our blog for more detailed information! https://t.co/MnY2n6onDH pic.twitter.com/BYTxROGrpx

They are bringing the digital token to over 4,500 stores across the globe.

Brad Garlinghouseripplexrp swift
Previous ArticleTron (TRX) Outperforms The Cryptomarket As Binance Launchpad Is Gearing Up For The Second Sale  Next ArticleWhy Do Hackers Mine Monero (XMR)? Making XMR More Botnet-Resistant