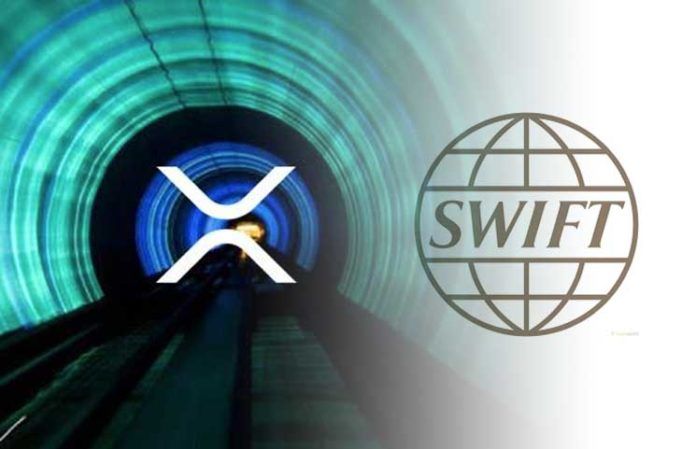 Ripple continues to work hard in order to promote the XRP ecosystem. The San Francisco-based firm is also pushing for mainstream adoption of the digital asset XRP.

One of the most important products that Ripple has is the XRP-powered ODL. The On-Demand Liquidity product uses XRP to move money across borders, and it was previously known as xRapid, but the product’s name changed following a rebranding process.

Chris Larsen, Ripple founder, said that the startup is positioning XRP in a spot from which it’s able to replace SWIFT.

SWIFT is the traditional payments system that has been used by banks and financial institutions for decades now, but, over time, it became flawed.

Banks will trust XRP rather than BTC

During a new interview on the Block Stars podcast, Larsen said that he’s doubting banks will ever trust Bitcoin’s proof-of-work system for validating transactions.

He pointed to a risk of a 51% attack in which a miner/mining pool can gain more than 50% of the network hash rate in order to rewrite the ledger and double-spend prior transactions – this is the reason for which banks might find Bitcoin too risky for settlements.

“The miners can rewrite history. So that’s why I think you probably won’t see proof-of-work models be the guts of the global financial system to take the place of Swift and correspondent banking, for example,” Larsen said as quoted by the Daily Hodl.

He continued and pointed out: “Whereas I think XRP Ledger, I think is already proving to be, can be that replacement to that existing inefficient system.”

We recommend that you check out the complete podcast in order to learn what more Larsen had to say about the subject.

In terms of pricing, at the moment of writing this article, XRP is trading in the red and the coin is priced at $0.199772.