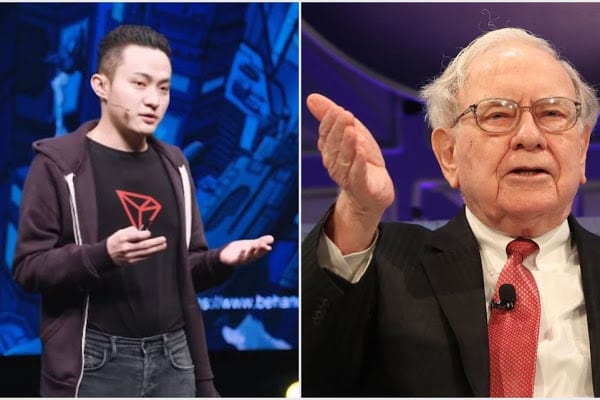 Now, one more important name who will be joining Sun at the lunch has been added to the list of people who can join him: eToro CEO Yoni Assia.

The lunch is scheduled for this week, for July 25 and more colleagues in the crypto space including Litecoin’s Charlie Lee and Circle CEO Jeremy Allaire will also join the event.

Both of them have already confirmed it.

Justin, it is my honor to join you for lunch with @WarrenBuffett , A big step for bridging between the traditional finance world and the new one !
There is a huge opportunity to use #BlockChainForGood and happy to share our research on @TheGoodDollar with #TheOracleFromOmaha https://t.co/H7oSxO5QRg

Sun has been gathering friends to take to the famous upcoming lunch that he will be having with Warren Buffet.

Sun was also able to gain massive media exposure not too long ago after he won an important charity auction.

Here’s what Sun had to say:

“I don’t think we can convince him that all crypto and blockchain is good, but I hope he walks away knowing more about the industry and its potential…” Sun began.

He also said, “I’m not sure how much I can persuade him in three hours or less. I will point him to the recent moves by other big companies to embrace crypto. J.P. Morgan, IBM, and now Facebook are all jumping into the market based on its promise of borderless commerce and decentralized finance.”

It’s worth noting that Sun also invited President Donald Trump to the lunch as a response to his tweets against crypto.

Not too long ago, Trump offered his opinion on crypto in general and also on Facebook’s massive project Libra and he’s not on board with such things.

More important names in the crypto space have tried to convince the President that he may have been influenced by fake news while making up his mind on crypto.