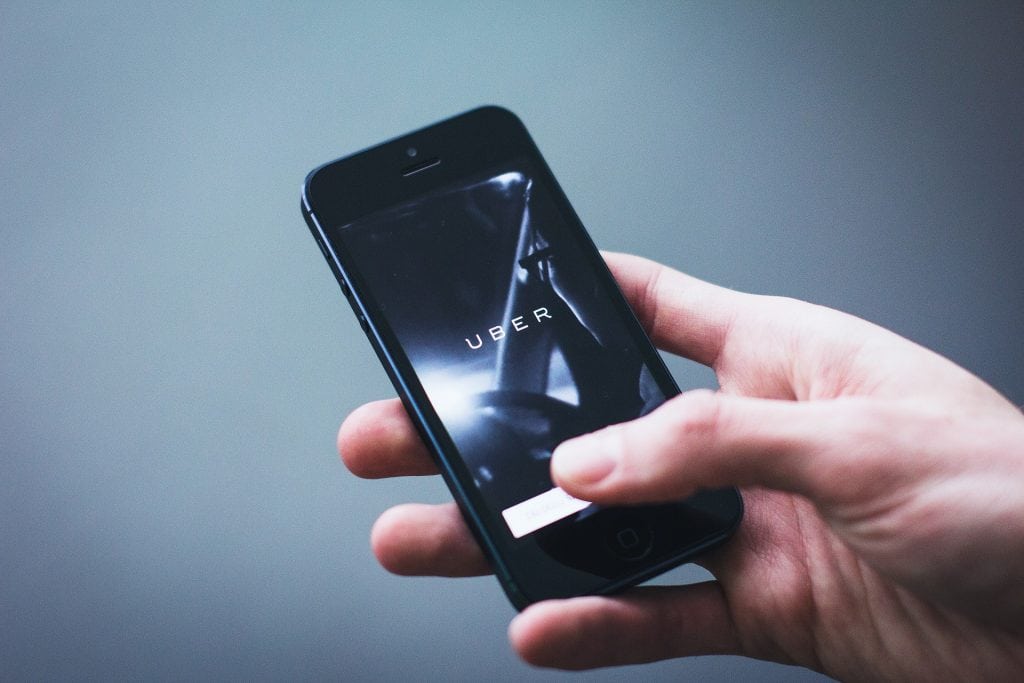 Ripple (XRP)–Coming off a strong start to 2018, with multiple partnerships in the world’s top five global money-order companies, Ripple is looking to expand implementation for XRP. We’ve written before why Ripple is the obvious choice for an online, commerce giant like Amazon. Porsche, the German-based sports car manufacture, could also look to the market-leading utility of XRP as a portal into cryptocurrency. However, Uber, the U.S. based ride-sharing giant, also has a strong possibility of entering the crypto marketplace.

Ripple, more than any other currency on the market, offers the most benefit in a transaction-based partnership. Here are some reasons why Uber could look to Ripple as its cryptocurrency of choice in 2018 and beyond.

Ripple Offers the Most Potential in Usability

Regardless of brand name or media attention, no company is going to adopt a cryptocurrency that will provide significant hurdles to growing use and adoption. Therefore, in order to predict the currencies most likely to be implemented by companies as large as Amazon, Starbucks, and Uber, the first place to look is always the utility and features the cryptocurrency provides in order to be used as a global payment service. For most cryptocurrencies besides Ripple, two limitations come to mind:

A Strong Message to Private Investors, and a Catalyst to IPO

Some detractors position Ripple as the banking currency as a way to distinguish the coin from other cryptocurrencies. The culture of crypto, until the last year or so, has largely been one of disruption and subversion–a currency that allows people around the globe to circumvent the use of government fiat and all of the implications that follow. Rather than disrupt established practices, the earliest iteration of Ripple was one that would play nicely with banks, thereby becoming a tool for improved efficiency for bank to bank transactions.

The most recent iteration of Ripple (one backed by a community, investment-base and trove of partnerships like SBI Holding, Cuallix and Moneygram) has a different tune. Ripple has all of the potential for revolutionary, technological change and disruption that cryptocurrency has promised from the beginning. Built on a groundwork of utility, XRP is a currency that could be just as ubiquitous as government fiat, with added features such as security, blockchain and a truly digital framework to elevate money to the digital age.

All of these features provide a very enticing opportunity for Uber and Uber’s current and future shareholders. Technology has become as much about disruption and change as it is improving the average person’s life. Nothing could encapsulate the existence of Uber more than as a company built to change the world–by disrupting the billion-dollar transportation industry through smartphones and decentralized workers. XRP offers a currency that is in-line with the same motivation as the company Uber, while also providing a means for improved efficiency and cost-effectiveness. No more credit card fees. No more disputes. No more delayed transactions or missed payments. Uber can both accept and pay workers with XRP, thereby creating a seamless experience between driver and customer. Ripple also offers the technology for Uber’s inevitable future use: fully automated ride sharing.

The Infinite Future of Ripple and XRP

Suffice to say, no one at this point fully understands the infinite ways that XRP could be used in society, or even the full limitations of the currency. We are in the pre-dot.com bubble of cryptocurrency: lots of investment money flowing in, volatility in pricing and product quality, and shady market practices that need to be worked out. However, the amount of growth and potential offered by XRP should be more than enough to peak the interest of a company like Uber. Ride sharing and decentralized labor has been a large step forward in disrupting both the ways our cities function and how the transportation industry operates–but the largest step has yet to occur. Whether it’s through full A.I. controlled vehicles or another feature of automation, Uber is going to change the world in ways few could have imagined just three years ago. The same can be said about cryptocurrency, particularly with Ripple leading the industry.

Usability and real-world implementation has to become paramount in 2018 for the cryptocurrency industry to keep expanding–or even find relevance on a global landscape. Uber provides a significant partnership that could bring substantial attention to the usability of XRP, while also providing massive profits and innovation to the ride sharing company. These are win-win, mutual partnerships that will push the industry in a healthy direction, away from the obsession over price and speculation. Think of it this way: rumors around a Coinbase listing have been able to tank the price of XRP twice in three months. What is the purpose of the currency if something as small as partnering speculation can lead to massive swings in investor confidence? Ripple needs Uber as a home-run partnership, but it also offers a novel avenue for the two entities to grow together. The internet is not just one thing. It’s a collection of ideas, uses and implementation. Ripple, as a microcosm of cryptocurrency, is just like the internet. A partnership with Uber could open the door for greater XRP adoption as a transacting currency, but it could also shed light on the technology’s ability to be used in innovative ways. Fast, all-but-free throwaway transactions are a feature the world has yet to fully appreciate. Ripple could be the currency that unlocks the door to an entire new industry of use-cases.